The next match will be displayed here once announced.

There is no bigger global sporting event than the FIFA World Cup. There has been plenty of movement in the outright market as we make our way towards the event. The road to Qatar starts right here! Get on board with this comprehensive overview of the 32 candidates odds of lifting the most prestigious soccer trophy.

The 2020 World Cup winners odds are subject to change and as there are movements in the market, we will update this page accordingly. The odds were last updated on October 20, 2020:

The 22nd edition of the FIFA World Cup gets underway on November 21st and runs until December 18th, 2022. The games will be spread across five host cities, with the standard format of 32 teams still used, before the format switches to 48 teams in 2026. 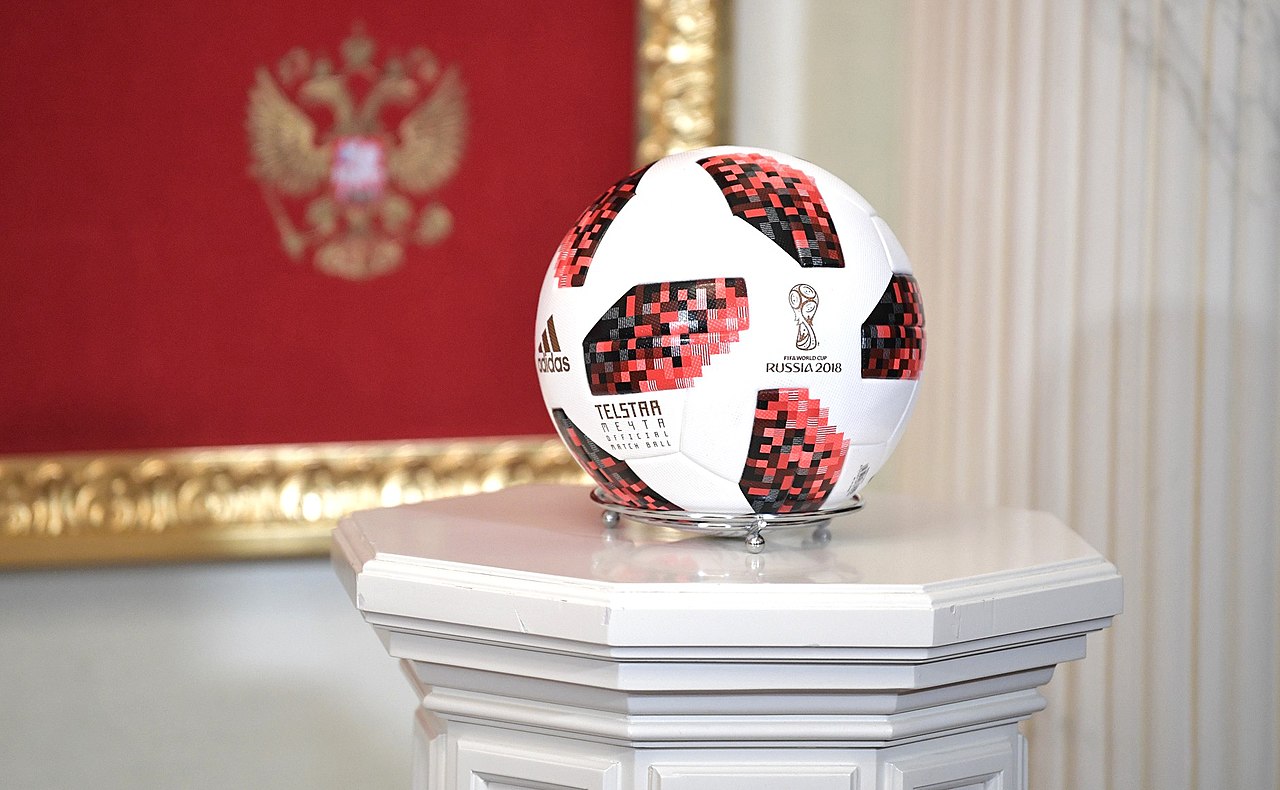 "Adidas Telstar Mechta Ball On the Handover Ceremony of the 2022 FIFA World Cup host mantle" by Official Website of President of Russia is licensed under CC BY 4.0

During the qualification stages, countries are organized by their confederation representative: AFC, CAF, CONCACAF, CONMEBOL, OFC, and UEFA.

The Asian (AFC) and African (CAF) are the next confederations to hold their qualification games, starting on March 26, 2020, and March 23, 2020, respectively.

Which 🔟 teams will qualify to the knockouts? 🏁#WorldCup 🏆 pic.twitter.com/RxGmI3YaDG

Brazil and France have firmed into outright favouritism according to three of the sportsbooks above due to their recent performances, and as there is no sign of a 'group of death,' the top guns should have no problem progressing into the second round of the tournament. From there, it can often be anyone's guess as to who will go deep in the tournament, as even the best teams can be just a poor penalty shootout away from a disastrous exit.

While we had a glimpse of each team during the recent international break, the results had only a minor impact on the odds. It would be unwise to read too much into these results leading into the tournament. Another round of friendlies commence in soon, and teams should hopefully be approaching their best at that time.

2014 World Champions Germany were the big favourites when the 2018 World Cup draw was released. Although few teams in the world should trouble the Germans, their path to the latter stages of the tournament didn't end well - They were knocked out in the group stages, finishing 22nd overall.

Remarkably, there have been six instances of a host nation winning the World Cup out of the twenty tournaments held to date, not bad odds if you're a Qatar fan! History will indicate that the favourites are always a good chance (seven wins), while only one team outside the top ten seeds has ever won the World Cup (Italy 1982). Below we list all twenty victors and their pre-tournament ranking at the time to help you in your quest to select a winner for the 2022 edition.