American mobsters invested heavily in Havana in the 1950s and built a gaming tourism destination in Cuba that rivalled Las Vegas. The island, located about 100 miles south of Florida, has a deep-rooted tradition in gambling and it has had a major influence on the history of the Havana casino and the Cuban Revolution. The U.S. criminal empire gained a robust foothold in the country and it was exploring doing the same thing in the Dominican Republic and countries in South America.

Las Vegas of the Caribbean

Mob activities started in Cuba as early as the 1920s during the American Prohibition of alcohol. The mafia used Cuba as one of its bases for rum-running and other alcoholic products. But it was a visit in 1933 from Meyer Lansky when things really began to change in Cuba.

The crime figure, known as the "Mob's Accountant," was on the island to meet with Cuban Armed Forces chief Fulgencio Batista, who would later become president of the country.

The offer? Three million dollars in exchange for support from his military forces. Batista agreed and became the leader of the country in 1940. The mob moved in, funnelling hordes of cash onto the island through illegal activities in the States.

Crime boss Lucky Luciano, who restructured the American mafia in the 1930s, emerged as the kingpin of the Cuban crime syndicate. He expanded the mob's activities on the island, taking control of the casinos and using the country as a midway point in drug-dealing routes to numerous U.S. ports.

Still, the major event in the history of the mob on the island was the 1946 Havana Conference, which was held at the seafront resort called Hotel Nacional de Cuba. About 20 American and Italian crime figures — representing mob families from New York to New Orleans and from Buffalo to Tampa — met to discuss policies, rules and business interests. 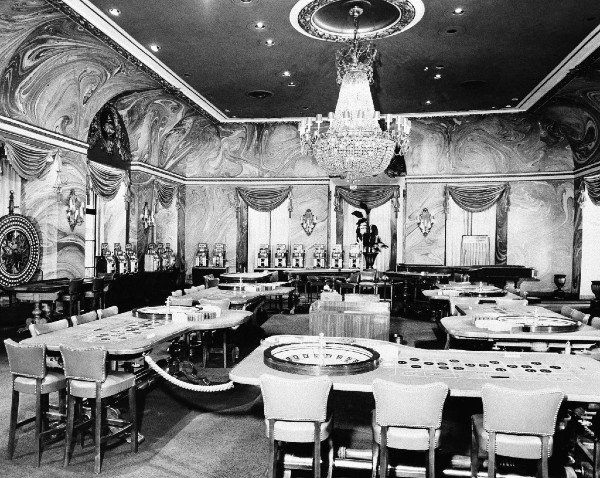 After this meeting in December 1946, the mob's role in Cuba exploded. Havana became known as the Las Vegas of the Caribbean, featuring popular casino table games like blackjack, roulette and craps.

Hotels, restaurants, nightclubs, golf clubs and casinos sprung up in Havana catering to the rich and famous seeking luxury. Many famous celebrities — like Ava Gardner and Frank Sinatra — came to play in the Cuban paradise.

All of the hotels hosted casinos — like the Riviera, Capri and Havana Hilton. Cuba's corrupt rulers and the mob got rich, skimming off the casino proceeds and trafficking drugs.

“To those who cared to look below the surface, it was apparent that Cuba’s startling economic windfall was not being used to meet the needs of the people but rather to pad the private bank accounts and pocketbooks of a powerful group of corrupt politicians and American ‘investors,’ ”

“This economic high command would come to be known as the Havana Mob.”

That degree of income inequality as well as accusations of rampant corruption within the Batista government laid the groundwork for the Cuban Revolution.

Today, there is no legalized gambling in Cuba. Unlike Canada with has land-based casinos from coast to coast and top-ranked online sites like 888Sports, Bodog and Sports Interaction, Cubans have to go underground to gamble on anything.

The gambling world and the games of blackjack and roulette changed in Cuba in 1959. Batista was overthrown on New Year's Day and fled the island as Fidel Castro's "26th of July" movement took over command. Tens of thousands of Cubans celebrated the end of the dictator’s regime and Castro’s supporters moved quickly to establish their power.

The rebels stormed into Havana and started trashing and looting a number of resorts. Slot machines were smashed and burned. The mob's empire was torn apart and destroyed. 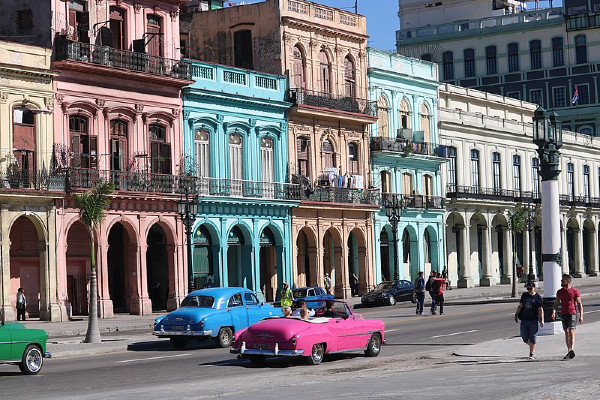 Following the Cuban Revolution, Havana's casinos were briefly shut down but were quickly reopened after protests by unemployed casino workers.

Castro nationalized the Hotel Nacional de Cuba on March 20, 1960, and finally closed the casinos in October 1960 — almost two years after his overthrow of Batista.

There were a lot of gambling venues in Cuba before the revolution. Castro eliminated all of them and made illegal all types of wagering. He viewed gambling and other "sin industries" as a criminal waste of the nation's financial resources.

The country's national lottery was converted into the National Institute of Savings and Housing — where the proceeds remaining from pre-revolutionary gambling were moved into a savings fund dedicated to housing.

So, what is the state of gambling in Cuba today?

There is a form of an underground lottery called La Bolita and, next to cockfights, is the most popular illegal game on the island.

The hotels like the Nacional and the Riviera, however, are preserved in the exact same state they were in during the 1950s. So are the famous old American cars. But the slot machines and casino chips of yesteryear are long gone.