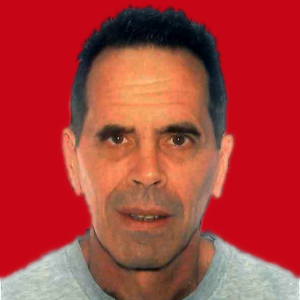 Week 1 of the 2019 National Football League preseason is upon us! While it is great to have LIVE NFL betting back, be careful when wagering on any exhibition contests as everything is not as it seems.

As a general rule of thumb, NFL teams will play starters sparingly during Week 1 and 2. Stars play one half of Week 3 and then sit during Week 4 matches. Let’s dig into four Week 1 NFL X-Games.

Below, we offer carefully researched NFL free picks for Week 1 preseason games, which play out on August 8, 9 and 10, 2019.

After sitting out the entire 2018 NFL season, and subsequently leaving Pittsburgh as a free agent, stud RB Le’Veon Bell may make his Jets debut here. We doubt Giants RB Saquon Barkley plays in this contest.

What can’t @saquon do? 🎯😱 pic.twitter.com/OSGn3QNUIn

A pair of teams, with opposite expectations, begin their preseason when Cleveland hosts Washington on Thursday at 7:30 PM ET at FirstEnergy Stadium in Ohio.

At the other end, Washington is 101.00 at Spin Sports and near the bottom of the list along with the Bills, Bengals and Dolphins. It is going to be an uphill climb for Washington all season long, as they simply do not have much top quality talent on either side of the ball.

Special shout out to @USAA and @RedskinsSalute for hosting such a great day for our special guests at #SkinsCamp. #SaluteToService pic.twitter.com/qzzDmtOsWY

Friday action, at the Mercedes-Benz Superdome, features Minnesota and New Orleans squaring off at 8:00 PM ET.

The Vikings have not received the return they hoped for when they signed QB Kirk Cousins to a massive guaranteed contract during the offseason last year.

Down in the Bayou, QB Drew Brees continues to defy time as he passed for over 3,900 yards for a 13th straight season. While worth monitoring, we feel Brees will have one more solid NFL season before his production begins to decline some as he hits age 41 in January.

Both teams went 3-1 during the preseason last year. New Orleans won the lone 2018 meeting 30-20 in Minnesota. Bet on this match going OVER 37 points as the subs will play to impress the coaches.

Closing out the first full week of preseason tilts, Dallas and San Francisco meet at Levi’s Stadium in Santa Clara, California, at 9:00 PM ET on Saturday. The Cowboys are in a contract squabble with star RB Ezekiel Elliott who is threatening to sit out all of 2019.

Elliott would not have played in this game but Dallas needs to get Zeke signed. The 49ers look to move past a dismal 4-12 campaign last year. San Francisco is hoping QB Jimmy Garoppolo and RB Jerick McKinnon are recovered from ACL injuries suffered early last season.

Dallas went 0-4 while San Francisco was 1-3 during the preseason in 2018. Feeling they will be focused at home, we are rolling the dice and making a small play on the 49ers to win outright.

We need YOU to help vote on a new tradition inspired by other Faithful.

Vote for the fan chant you want to hear at @LevisStadium ⤵️