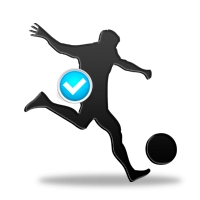 Flourishing outside of North America, for many years, fantasy soccer betting has finally arrived in Canada and the United States. This is due in part to the popularity of Major League Soccer – plus the action of daily fantasy contests like the ones offered at fantasy sports websites like DraftKings. If you have ever wanted to “own” a pro soccer team, now you can thanks to thrilling fantasy soccer wagering excitement.

Although the scoring rules may seem complicated, especially for inexperienced fans of the Beautiful Game, fantasy soccer sign in has never been easier. Being as soccer is basically played on a 24/7/365 basis, across the globe, there is always a daily fantasy soccer tournament open and ready for entry.

Fantasy soccer has a rabid fan base, especially in Europe and the United Kingdom, which is on par with NFL fantasy action in North America. Though the craze took a little time to gain a foothold in Canada and the USA – Major League Soccer fantasy sports have developed a following and the participation level is growing every day. It’s easy to understand the popularity spike of fantasy soccer betting as the MLS is loaded with some of the best and brightest soccer stars on the planet.

When spending hard earned cash, to participate in any type of sports and entertainment wagering, it’s imperative that bettors understand the rules of the sport and the contests they are playing. Once players have developed an understanding of the game format, a solid fantasy soccer draft strategy is relatively easy to formulate. For bettors who can devote the time, participating in season long fantasy soccer contests can be equal parts quality entertainment and profitable. This is especially true when it comes to English Premier League soccer as the season runs from August through May every year. EPL full season drafts are straight forward as most leagues set their roster limits at a combined 16 starters and bench players. Fantasy owners build a team, using a snake draft format, which consists of a variety of players including goalkeepers, defenders, midfielders and forwards.

Playing season long fantasy soccer contests, that revolve around English Premier, Bundesliga, La Liga and Champions football leagues, are not everyone’s cup of tea in North America. Although not a big deal for hardcore football fans, the time zone difference for games played in Europe and the United Kingdom is often a drawback for soccer fans on this side of the pond. That’s where Major League Soccer fantasy contests step in as MLS games are played almost exclusively in Canada and the United States and always during times that fans are actually awake so they can follow the action. Though not by much, MLS seasons are slightly shorter than European leagues as they play from March through October annually. This fits the schedule of fantasy sports players, in particular NFL fantasy football bettors, as there isn’t much over-lapping between the different sports leagues.

Very similar to NFL, MLB, NBA and NHL levels of participation, daily Major League Soccer fantasy contests are by far the most popular betting choice in North America. The growing popularity of the MLS, plus the huge amount of exposure it receives on television and the internet, makes it very easy to draft a different MLS fantasy squad every day of the week. That said, weekends are the best time to get in on MLS action as the bulk of matches are played on Friday, Saturday and Sunday during the regular season. MLS fantasy soccer bettors can surf over to DraftKings, the home of rotisserie soccer, and select a team that consists of one goalkeeper, plus two forwards, two midfielders, two defenders and one flex player – who must be someone other than a goalie. Paying attention to goal scorers and versatile playmakers is a solid draft strategy as those players receive ten points for every goal and six points for each assist. Winning MLS Fantasy Soccer cash – it really is a Beautiful Game.

Beyond the thrilling action of season long and daily fantasy contests, bettors always have a wealth of soccer betting opportunities at the top rated online sportsbooks recommended here at Canada Sports Betting. Due the vast number of leagues globally, plus the extended length of the seasons, soccer wagering odds outnumber the offerings of any other sports leagues on the planet. As an example, at the time of writing on September 23, 2016, we looked at the soccer wagering lines at the world renown SportsInteraction betting website. The amount of offerings, including lines from the English Premier League, Major League Soccer and the Champions League, totalled an astounding 28,393 different odds to wager on. The contrast is stark as the combined the prices on the NFL and CFL betting action were considerably less at just 2,329 different options. Surf over to SportsInteraction anytime 24/7 to sign up and fund a sports and entertainment wagering account.