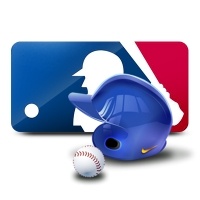 Bettors, introduced to the fantasy sports betting world in the 1980’s, probably played fantasy baseball as their first contests. Although NFL fantasy games have since lapped the MLB offerings, several times over, the introduction of daily fantasy baseball has closed the gap some. Players no longer need to commit to the long 162 game MLB grind as they can draft a new team everyday or several times a day.

Similar to the player and team proposition MLB odds that are offered at major online sportsbooks, fantasy baseball comes in many different forms. Daily, weekly and season long contests are the big three and they are formulated and scored around how individual players perform on the field.

While unlikely to reach the participation level of season long NFL drafts – modern technology has provided a spark to annual Major League Baseball fantasy contests. MLB fantasy leagues, that are broken into weekly segments, seem to be leading the popularity pack. Fantasy owners set their rosters four times a month in this format and that greatly reduces the workload of the 162 game MLB season that runs from March to October. Bettors are still required to manage their team on a regular basis, as it pertains to placing bids to acquire free agents, but they normally set their rosters every Monday. It’s imperative to recognise how many games your starting hitters will get each week as points are cumulative and some players may play all seven days during any given period.

Where fantasy baseball really shines these days is in the monthly, weekly and daily fantasy games. Selection strategies for monthly and weekly fantasy baseball are similar to the betting tips used in season long drafts. That is due to the fact that betters need to select a full roster in advance and the accumulated points from all of their games during the time period determines MLB Fantasy Baseball draft winners. In monthly drafts, it’s very important to calculate how many starts your pitchers will get. If pitchers are starting games near the end of any given period – chances are good they will have at least one less games during the following time frame. The same goes for positional players who open a new contest on a rare MLB off day – especially during the weekly fantasy contests.

Betting tips get fairly straightforward when bettors play daily fantasy baseball games. Simply surf over to a daily site, like DraftKings or FanDuel, and check out the wide variety of options. Daily draft prices run the gauntlet; from FREE to thousands of dollars, so there is always a game that will fit every budget. Once bettors have decided on an investment price point, it’s time to select the best players from that days MLB schedule – just like you would for a NFL Fantasy Sunday draft contest. Our top daily fantasy baseball tip is to find the best pitchers of the day as two of your ten starters will head to the bump in ten-player draft formats. Bettors then need to uncover hot hitters, who are facing mediocre pitchers, to fill out their winning daily MLB Fantasy Baseball squad.

Due to technically advanced and readily available stat tracking apps, playing fantasy baseball is a great way to uncover information that is valuable when betting on MLB points spreads, money line and game total options. As an example, if your fantasy research has led you to starting players like Los Angeles Dodgers stud pitcher Clayton Kershaw, plus hot hitters Justin Turner and Corey Seager who are facing San Diego gas can Luis Perdomo and his lofty ERA, it’s a good strategy to place bets on the Dodgers to win and cover versus the Padres at your favourite online sportsbook.

When your selected players shine on your fantasy baseball team, chances are pretty good that you will also beat your bookmaker if you back the SoCal Crew. Bettors should also take a look at the game total odds on that contest as they will be fairly low with Kershaw on the bump. Counting on the Los Angeles hitters to come through, you will end up with a win on the OVER if the Dodgers pummel the Padres 15-0 like they did with Kershaw on the bump during MLB Opening Day action on April 4, 2016. Remember, the numbers are transferrable between fantasy baseball and the game betting options posted at top ranked sportsbooks, like SIA, here at Canada Sports Betting. Open and fund an account in a matter of minutes to take full advantage of your MLB research.