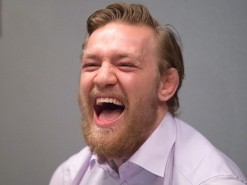 Known by many names: "The Notorious", "Mystic Mac", and "Mac Daddy", UFC lightweight champion McGregor ascended to megastar status within the span of three years and he has twitter to thank for some of that. Back in 2013, while McGregor was a relatively new UFC fighter, he grew his following using the social media platform. His gift for gab translated well on it as his many hilarious tweets revealed.

McGregor shares many similarities to Mayweather. Both fighters are the richest in their respective sports and love to bet. Mayweather caused plenty of stir with his publicly known gambling habits. And the Notorious one isn't far behind. Early in his UFC career, McGregor can be seen tweeting various online betting sites and chatting with fans and fighters regarding bouts. These sites are accessible to Canadians and offer signup bonuses up to $200. Boxing and MMA are fun to watch and enthusiasts could profit using their knowledge.