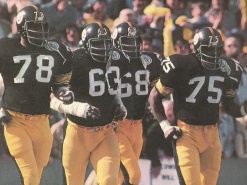 For most football players, winning a Super Bowl is their ultimate goal. A majority of players never reach this goal, but every season a select group of 50 plus players end their season as World Champions. Some guys are a little more lucky, winning enough rings to fill an entire hand. Whether they won all their rings with one team or moved around and helped multiple franchises win the Super Bowl, here are the best NFL players with the most Super Bowl rings.

Every team starts the season with Super Bowl aspirations, but most sportsbooks and realistic fans know only a dozen or so teams each year have a chance at making the Super Bowl. As every season progresses, the contenders become more evident and the odds shift. While winning the Super Bowl every season is completely unrealistic, building a contender that can remain competitive for a lengthy period of time – five years or more – is, more most clubs, the overall goal.

The New England Patriots have been that team of the 2000s, making six Super Bowls since 2001 – winning four and losing two against the New York Giants. Once Tom Brady and Bill Belichick finally retire, there is an opportunity for the next dynasty to emerge and maybe some other players will have a chance to join this list. It is difficult to say if any team will ever become a dynasty – as the NFL has expanded in size and scale since the days of the 1970s Steelers dynasty and the 1980s 49ers dynasty – the only two franchises in NFL history to win 4 Super Bowls in a decade. Either way the potential for one always spurs excitement and hatred across the NFL landscape.

As the NFL season progresses,  NFL futures change. The most popular futures are for the Super Bowl, AFC Championship and NFC Championship. Through injuries, playoff seeding and potential matchups, the futures evolve and change. Originally when the New England Patriots lost Rob Gronkowski their futures dipped, but since no other team has emerged from the field and the fact they have not lost since they have skyrocketed back to the top of the AFC Championship future odds. Checking back every week is the best way to stay on top of the odds and see any moment after each week of games,