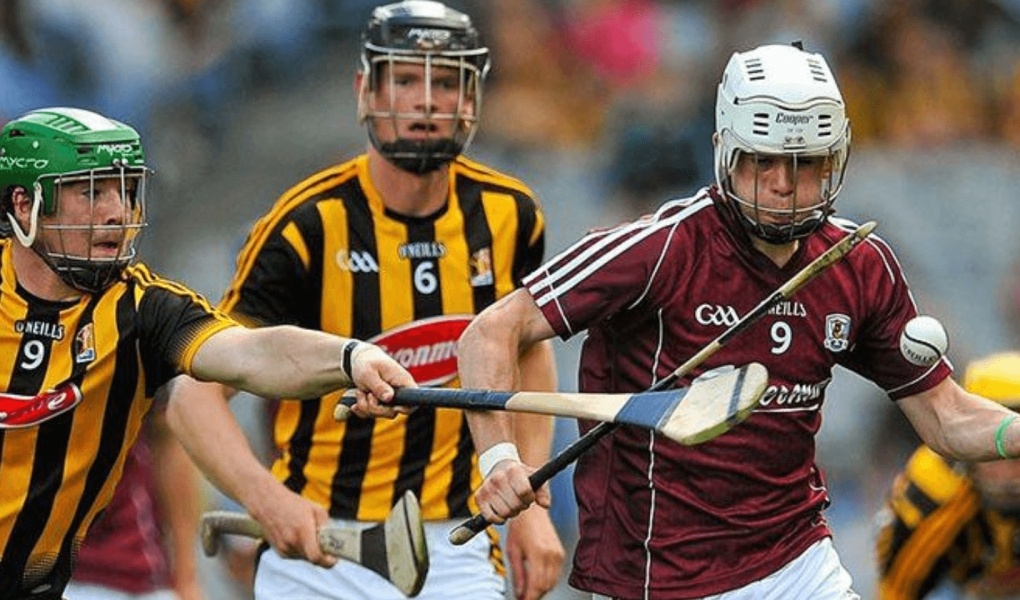 Not many people outside the United Kingdom and the Republic of Ireland have heard about hurling.

The existence of this sport was first recorded in Irish mythology, around three thousand years ago. Hurling is a variation of other sports played with a ball and a stick which were born in the British Isles and never left their birth places.

For example, in Scotland there is shinty, on the Isle of Man we can find cammag and bandy is widely spread in England and Wales.

Hurling is the fastest sport played on the grass with its ball reaching over 120 kilometres per hour in average.

Why hurling is the fastest sport played on the grass?

You can find some examples of squash or tennis serves, baseball fields or even golf drives that beat the speed of the shots of the hurling athletes. There is one major difference though: the Gaelic ball, called a sliotar, is always in play.

This means that the player while shooting with all his strength is either running or dribbling, or both.

He is also looking at the opposition’s goalkeeper to try to score or for a teammate for a great pass.

The other mentioned sports only reach hurling’s speed because the game stops frequently. When a pitcher throws the ball or the tennis player serves there is no one trying to stop them, they are not running, they are just concentrated in hitting the ball with all his power.

These sports demand silence and frequently the referees tell the audience to shut up.

Can you imagine someone asking the entire population of Dublin’s Croke Park (82 thousand seats) to stop cheering during a hurling match?

Since men started measuring the speed of the balls thrown in sports, no one has beaten the golfer Ryan Winther who struck his ball at 362 kph. There are other impressive figures coming from non-grass sports, like jai alai, squash and tennis.

The Brazilian Ronny Heberson, when playing by Sporting Lisbon (a famous Portuguese club) shot a free kick over 211 kph. He also beat the hurling former player TJ Reid, whose strike could reach over 180 kph.

Hurling has three mandatory apparatus to be used. The hurley is the wooden stick, through which you shoot the ball at the goal. The sliotar is the hurling´s ball. Since 2010, all players are obliged to wear helmets. This was a safety measure taken to reduce the number of serious injuries during the season.

The Gaelic Athletic Association (GAA) was founded on November 1st 1884. Its mission is to promote Gaelic and Irish culture mainly through sports.

This body is responsible for the administrations of hurling, Gaelic football, handball (a totally different game from Olympic Handball) and rounders (similar to baseball).

The GAA has 2200 clubs as members. They are spread throughout the 32 counties of Ireland (the 26 which are part of the Republic of Ireland and six which are under British rule in Northern Ireland).

During the season, over 1.5 million people watch the games of all sports at the stadiums. The All Irish final is sold out every year and 82.300 people witness the grand moment of Irish sport.

Recent rules approved by the GAA include the end of the ban against athletes who also played traditional English sports, such as soccer and rugby, and the obligation for every player to wear helmets during hurling matches.

Outside Ireland, the GAA helps the promotion of hurling in over forty countries, such as Canada, USA and the United Kingdom.

The most important Irish championship is called the All Ireland Senior Championship. Twelve teams take part in this competition.

Two clubs from the Joe McDonagh Cup also advance to the knock-out stage. In the preliminary quarter finals, the two sides coming from the cup face the third placed teams from Leinster and Munster.

The two winners play the quarter finals against the second placed teams from the group stage. The winners of each group start from the semi-finals stage.

Ireland has a total of four provinces. Ulster (Northern Ireland) and Connacht are not very strong at this sport, so they are not represented in the All Irish Championship nowadays.

Despite that, Galway won the trophy in 2017. For those who don't know, Dublin is the major city from Leinster, while Cork is located in Munster.

The Celts invented hurling around three thousand years ago. It was played as a pastime to entertain the first Irish settlers. The sport is constantly mentioned in Irish mythology.

The Brehon Law, which governed the Medieval life in Ireland, also describes the sport in the fifth century.

The local ancient tales describe how heroes such as Cúchulainn, Fionn Mac Cumhail and Fianna played the game.

In the 13th Century, Kilkenny forbade the practice of hurling due to its violence. Of course, that many rules changed throughout the years. As an example, animal hair balls were replaced by the modern sliotar.

This is true to all other present day sports. Standard rules were stablished to unify the games in the five continents of the planet.

After the English colonization of Ireland, there was a dispute between English and Irish cultures. In the 19th Century, the GAA was formed to keep alive Irish traditions and folklore, which was suffering prejudice in the English dominated society.

Only with Irish independence hurling could find ways to grow again.

Camogie is the official name of women hurling.

It is very similar to the men´s sport. Some differences include a smaller sliotar, two halves of thirty minutes, players are not allowed to wear shorts and the goalkeeper uses the same hurley as the rest of the team.

Shinty, in Scotland, and Bando, in Wales, are sports derived from hurling. The rules of these games are quite similar to the Irish sport and the main differences are in the size and weights of the ball and of the stick.

Recently, they tried to unify the rules of shinty and hurling by creating a new sport called iomain. After an exhibition match in Dublin, it didn´t conquer the hearts of the Irish fans.

Hurling at the Olympics

Hurling was part of the unofficial programme of the 1904 Summer Games, which was celebrated in St. Louis.

Hurling is not yet big in North America, but many people play it to keep in touch with the Irish culture, since many Americans have Irish roots.

Can we bet on Hurling?

The Irish and the British love betting opportunities. Do you really think they would leave hurling out of the betting world?

There are several ways to bet on hurling and our partners, such as Bet365, Spin Sports and Bodog offer plenty of betting opportunities.

When Dublin plays Galway, for example, you can wager on the winner of the match (1x2), which is quite simple. Some sportsbooks offer handicaps to give a team an advantage. You can also try bet on the total number of points scored during the match, the exact correct score, the goal difference of the winner side, the team which will score the first goal and if both opponents will score at least one goal – or not.

Future bets are also available. Who will win the All Ireland Hurling Championship? And which team will celebrate its triumph in the Division 1 (second level)?

If you prefer the excitement and adrenaline of live betting you can also go for it. If you are at a stadium of watching any game live on tv or internet, hurling live bets are regularly available. CanadaSportsBetting recommends the below partners for you to invest your money:

If you want to read more about hurling, I recommend you the following websites: