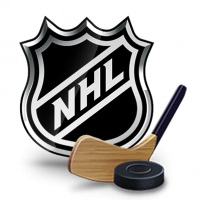 Acceptance of sports betting is steadily (finally) becoming the norm in North America. A classic example of that is the readily available fantasy hockey betting options that have flooded the internet. Daily contests, along with monthly and full season drafts, are now just a click away at innovative fantasy sports providers like FanDuel and DraftKings. With this article we take a specific look at NHL fantasy wagering action.

With the line blurring more and more each passing day, the separation gap between online sports betting and fantasy contests is more minuscule than it’s ever been. NHL fantasy hockey games are an example of that as bettors are playing season long contests and then heading to popular online sportsbooks to place their daily wagers on the thrilling action the National Hockey League delivers.

Plentiful hockey betting action, from International matches at the World Cup of Hockey, to the American Hockey and Canadian Junior A leagues, is available throughout the year at popular online sportsbooks. That said, they all take a back seat to the National Hockey League once the action fires up in early October every year. There’s a lot to like about “fire on ice” action and the entertainment value, plus the opportunity to win cold hard cash, has been further enhanced by season long and daily fantasy hockey drafts. NHL drafts have been around since the beginning of time – when stats were tracked by hand and information was harvested from TV reports, newspapers and magazines.

Take it from people who were there back in the day, during the stone-age of pencils, paper and fax machines, organizing and playing season long NHL fantasy drafts is easier today than ever before. Whether you gather with a group of friends at your local watering hole, with mobile devices in tow, or join one of the thousands of public leagues on the world wide web, the games are thrilling and there’s cash to be claimed. The proof is in the pudding and online technology is a primary reason for the recent boost in the popularity of fantasy hockey. From research information gathering, to stat tracking and injury reports, plus the lightning fast LIVE playing platforms, everything a fantasy hockey bettor needs is right at their fingertips. It’s a modern world – Take full advantage of it.

Did you select rookies, like Chicago Blackhawks LW Artemi Panarin, Detroit Red Wings C Dylan Larkin or Philadelphia Flyers defenceman Shayne Gostisbehere on your full year or daily fantasy teams during the 2015-16 NHL season? If not, it’s wise to employ the high tech gadgets available to your advantage moving forward. Not only to make sure you get the studs you want, but to also uncover the rising Stanley Cup caliber NHL stars. Bettors can also use the wealth of information available to uncover hidden gems that are buried on the third and fourth line of just about every National Hockey League team. Those players usually don’t remain on the lower lines of their respective teams for long so get them on your squad before their stock starts rocketing skyward.

Times they are a changing – aren’t they? While many thought we would never see the day, the powers that be have granted a National Hockey League franchise to the City of Las Vegas. It’s not difficult to view that as a sign that further legalization of sports betting in North America can’t be far behind. The main stumbling block in place is a monster one though. Governments, consisting of so many greedy levels in North America, currently hold the sports betting purse. Prying it out of their cold antiquated hands will never be easy and the path to betting freedom is still a long one. Until that mess is sorted out, and even once it finally happens, wagering on ice hockey at online sportsbooks is the simplest and easiest way to get the most bang for your puck-betting buck.

Whether it’s racking up wins playing daily fantasy hockey at DraftKings, winning your NHL season long home draft, or cashing puck line bets at the globally respected William Hill sportsbook, online sports wagering is here to stay. During our 2016 NFL Week One visit to Sin City, to enjoy some poolside time relaxing in the desert heat, we placed a few sports bets plus participated in Scout FFWC fantasy football drafts, and it was impossible to not recognize how deeply the William Hill group is imbedded in the Las Vegas betting core. That’s also good for clearing some of the barriers on the sports and entertainment wagering landscape. Check out our comprehensive bookmaker reviews that are posted here at Canada Sports Betting. Once you find the sportsbooks that fit your betting style, register a stable of three or four. It’s secure and quick as bettors can usually register four accounts in under twenty minutes. Begin by securing a William Hill betting account today.