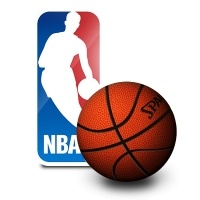 Steadily catching up to the participation level of the other major North American fantasy sports leagues, National Basketball Association wagering is on the rise. Already popular at various online sportsbooks, NBA fantasy basketball betting is steadily becoming the talk of the town thanks in large part to recently introduced Daily Fantasy contests. Let’s dig deeper into the NBA fantasy craze that’s sweeping the planet.

Not much different from regular basketball betting, especially when it comes to the player and team prop wagering options offered by top rated online bookmakers, NBA fantasy basketball games are all about selecting the best players, on the best teams, in the Eastern and Western Conference.

Home to stars like LeBron James of the Cleveland Cavaliers, DeMar DeRozan from Canada’s Toronto Raptors, plus Indiana Pacers SG Paul George, there’s nothing wrong with looking at the NBA Eastern Conference fantasy sports ledger when attempting to select a winning season long and daily fantasy team. Get ‘em while you can though as the teams in the East are built more on playing defence than offence so the scoring stars are limited compared to the Western Conference.

Similar to the NFC in the National Football League, NBA Western Conference fantasy sports stars usually shine brighter than their counterparts in the Eastern Conference. Studs like Stephen Curry of the Golden State Warriors, James Harden from the Houston Rockets, Kevin Durant who now hangs his hat in Oakland, and Sacramento Kings center DeMarcus Cousins, were the top four scorers during the 2015-16 NBA season. Don't sleep on loading up on the plentiful NBA West stars.

Although WNBA and international basketball leagues are slowly gaining attention, NBA fantasy basketball tips are still by far the easiest to find and use to your advantage. That’s certainly evident in the True North as Toronto’s recently improved play has the Raptors being adopted as Canada’s Team from coast to coast. Canucks may appear to be a passive group but Canadians love winners and the Raptors are riding a string of four straight NBA Playoff appearances – including a trip to the Eastern Conference against the Cleveland Cavaliers to close out the 2015-16 NBA season. All that winning has increased NBA fantasy interest in Canada and it also has hoop fans in the United States taking notice of top-flight players like shooting guard DeMar DeRozan and point guard Kyle Lowry.

If your season long NBA draft slot is between the eight and ten positions, sneaking two studs from the same team onto your fantasy roster would be quite a steal. Owning a dynamic duo like the one in Toronto at the guard positions, or better yet the one in Golden State, is a solid start to building a winning fantasy squad. Acquiring the latter duo will only be possible if you have the first overall pick though as PG Stephen Curry will be the first player selected in NBA fantasy drafts for many years to come. Power forward LaMarcus Aldridge and small forward Kawhi Leonard, from the San Antonio Spurs, is another example of a solid one-two punch to build your season long basketball rotisserie team around. You have to believe in the combo system and it can pay off big time if you do.

Being as the top guard position players normally come with a steep price, at sites like FanDuel and DraftKings, your strategy needs to change when playing daily NBA fantasy contests. Since players are posted with a salary cap, owners of daily fantasy squads need to dive a little deeper in the NBA player pool. While we advocate paying the price to secure a top shooting guard, we then look to adding a top scoring forward and a proficient shot-blocking center as our next plan of attack when selecting our one-day fantasy squads. Once owners have secured their top three players, about two-thirds of their player budget is probably spent. Spend the rest of your salary cap carefully amongst the five remaining roster spots. Concentrate on finding decent offensive players who are going up against poor defensive squads to round out your daily National Basketball Association fantasy team.

NBA betting in Canada, the USA, and around the globe, has never been so popular. There are several reasons for the wagering explosion - including easier and safer access to a variety of trusted online bookmakers. A better quality of overall play, plus the attention brought to the NBA game thanks to thrilling daily fantasy contests, have also earned the National Basketball Association more exposure on the betting boards at top ranked sportsbooks like the one at William Hill. What’s not like? If you find a squad of fantasy studs, that are going up against a team of duds, hit that team hard with your nightly betting - after you add those star players to your daily fantasy tickets.

Fantasy roundball and basketball betting fit together like a hand in a glove. Season long fantasy players get a leg up on NBA betting as their research needs to be performed in the preseason. On Draft Day, if you notice a group of players from one team flying of board – it’s wise to make a note of it. When you surf over to your favourite sportsbook – use the knowledge gained from your fantasy draft to make some savvy Division Championship and NBA Finals futures bets. Check our comprehensive reviews of the top online bookmakers on the planet, then get into the game with their safe, simple and secure registration process to make winning basketball bets a slam dunk.