How To Become A UFC Fighter 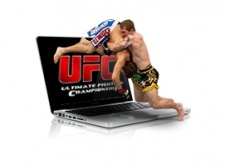 Some people are born doctors. Some become music artists. Yet a few, less than 1% of the planet are born to become fighters. And 1% of these fighters go on to become UFC fighters, the best and brightest the planet has to offer. It is easy to idealize the UFC and see it for all its glitz and glamour but few really know how difficult the road is into making it to the international scene.

What is Mixed Martial Arts?

The term "mixed martial arts" or "MMA" stands for a full-contact combat sport that involves both striking and grappling and is contested both standing and on the ground. MMA in the UFC exploded into the scene in 1993 during UFC 1 where Royce Gracie, a Brazilian Jiu-Jitsu practitioner won the tournament despite being a smaller fighter. His victory exposed the need for martial artists to learn how to defend themselves on the ground and if there was a superior fighting style, it's the one that can exploit an opponent's weakness. Today, MMA has become a global phenomenon with MMA gyms opening on every corner.

MMA as a Profession

Most people train MMA for fun or to learn how to defend themselves. However, a select few train to make it their profession mainly to try and make it to the UFC, the sport's leading promotion. As a sport, MMA keeps growing at an incredible rate. In its early years, most MMA fighters were traditional martial artists who adopted other styles but now, many fighters start from scratch.

The average income of an MMA fighter is minimal. UFC fighters average 34,000 annually. This may seem sufficient but it doesn't cover all the expenses: training, nutrition, flights and hotels, and health care. Factoring all these in, most MMA fighters (including some UFC fighters) live below the poverty line or work a second or third job just to get by. Pursuing a career in MMA is done mainly for passion. The amount of physical and mental punishment fighters take is not reciprocal to what they get paid. Salaries continues to be one of the hot button topics among both media and fans.

Getting to the UFC

In saying the least: MMA competition is stiff. This sport eats people and chews them out. And making the UFC is even more challenging depending on many factors. The main road most fighters take is building a strong resume by winning impressively in local circuits. Preferably, it's best to target promotions that have a working relationship with the UFC like Legacy Fighting Alliance and Titan FC. These promotions are "feeders" to the UFC meaning their fighters get called up.

An opportune time to crack the UFC is to fill in for injured fighters. With close to 500 fights a year, there is always a fighter pulling out of a fight. Plenty of newcomers made the UFC by being at the right place at the right time. It involved them having a short training camp and having to fight at a higher weight class, but usually, these fighters get another fight even if they lose their first.

The chances of making the UFC are also determined by many factors beyond fighting skills like how prestigious the training camp the fighter fights in or how great the relationship their management team (if they have one) has with the UFC. The connections these two have go a long way in improving a fighter's case. Being a local fighter also increases odds especially if it's from a place outside the US or Brazil where there aren't too many UFC fighters.