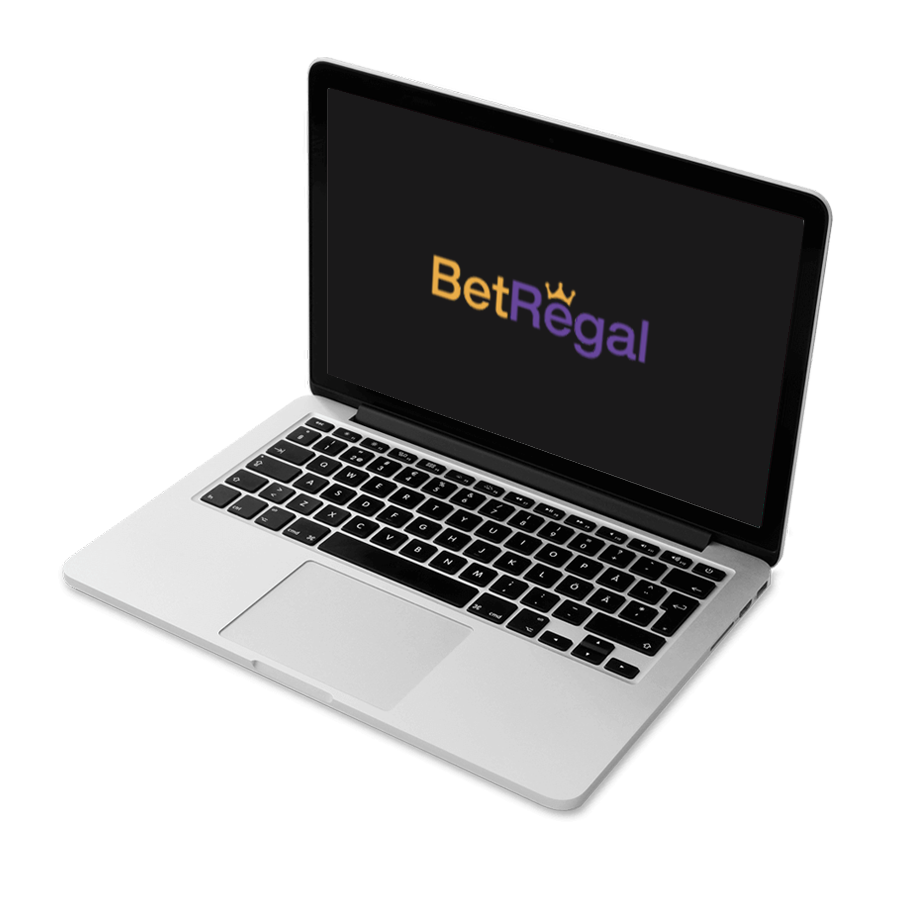 Sometimes, a journey around the world finds a way of bringing you all the way back home. Founded by a pair of Toronto Metropolitan (formerly Ryerson) University alumni, BetRegal established itself in Malta, expanded throughout Europe, and is now making its way into Ontario as the regulated market expands. Already partnered with the Canadian Football League (CFL) and PGA Tour Canada, the inroads back home are well underway.

But what does this mean for you? BetRegal Ontario claims to be focused on making an experience “for Canadians, by Canadians”, and using a business model that will give you an edge on the lines. In this post, CSB dives into the experience that BetRegal Canada provides, and how to make the most of it. 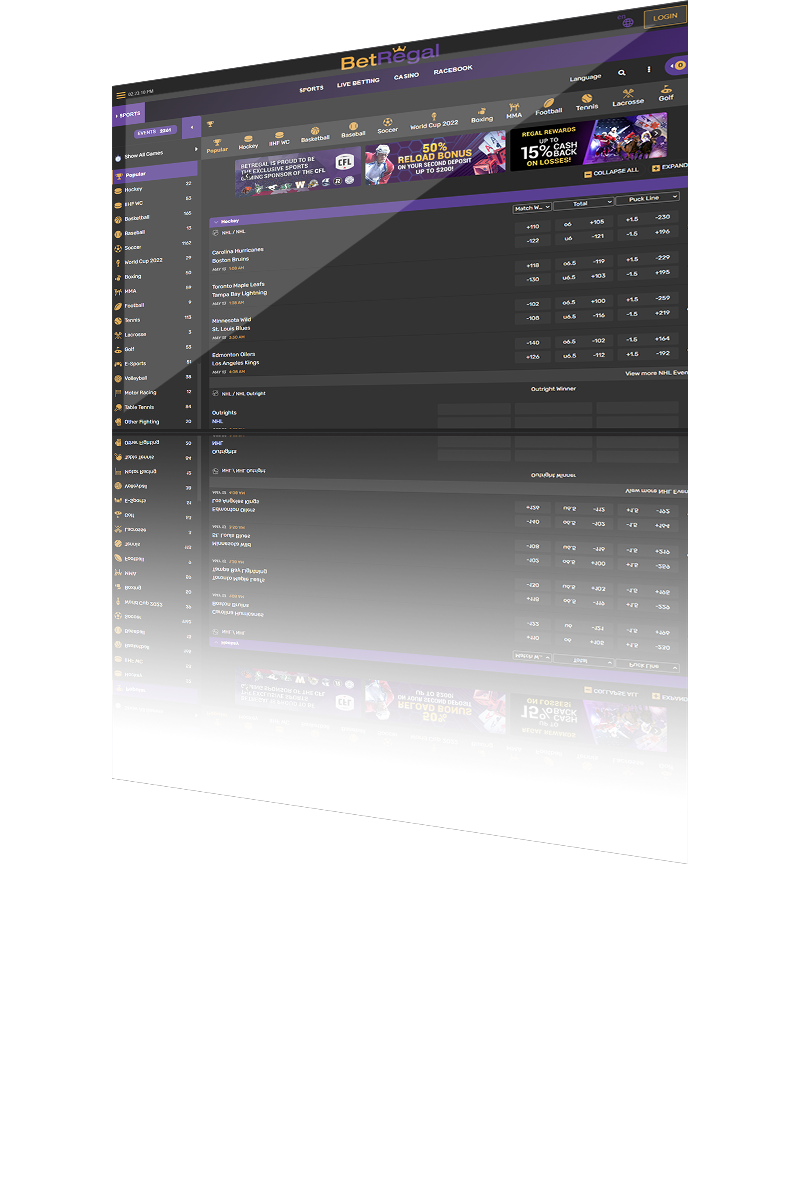 In what markets is BetRegal available?

BetRegal Canada is entirely focused on its own market, taking in customers from coast to coast in Canada. BetRegal’s parent company does operate in other regions though, including the UK and Europe.

Walkthrough of the BetRegal registration process 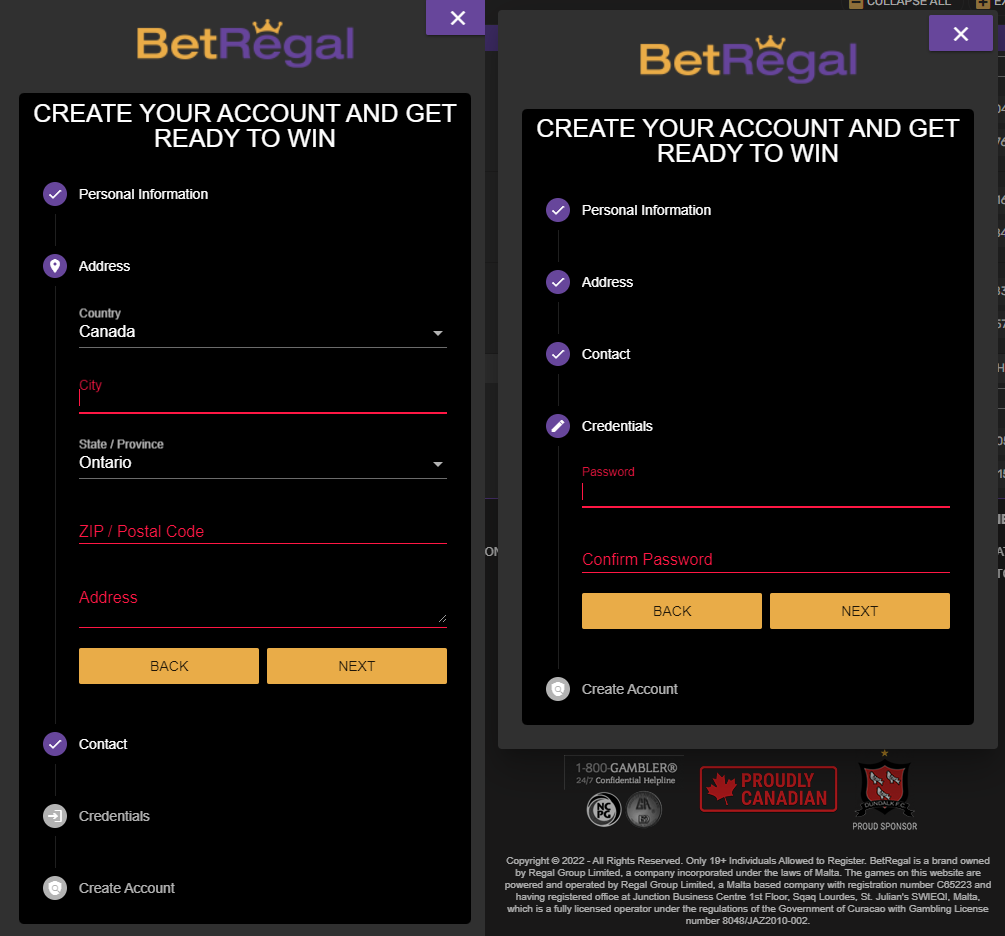 Signing up is broken up into steps, but is pretty straightforward. Begin by clicking on the yellow button in the top right corner of your screen – it’ll likely say “JOIN” on your computer, or be in the shape of a power button on your mobile device.

The first block asks for your full name and birthdate. Next you’ll put in your address – country, city, province, postal code, and exact place of residence. The contact step ahead will ask  you for your email and phone number, along with giving you an opportunity to enter any sign-up code you might have. Lastly, you’ll set up a password, and begin the next step in the sign up process.

Generally, this is just verifying your account via email, though in our specific instance, BetRegal was under maintenance of its membership back-end. After reaching out for support, they helped us get through to the next step – this will likely not be an issue when you go to join.

In a lot of ways, BetRegal Canada is set up quite similar to their competition. At the core, you’ve got a sportsbook with a long list of events – from your big five North American Sports, to hundreds of soccer and tennis matches, to combat sports, and even some niche options, like table tennis, chess, and even some political and entertainment options.

As far as methods go, it’s similarly standard fare. You have game days and futures, parlays,  teasers, and all sorts of props. You’ll even find some creative bets offered from time to time: For example, on the day of writing this, BetRegal is offering All Home Goals vs. All Away Goals in the NHL for the day, as a way of getting into all of the hockey action at once rather than just a game or two.

Beyond the book, BetRegal also offers a casino with dozens of games, and a racebook for those who want to take their picks to the track. 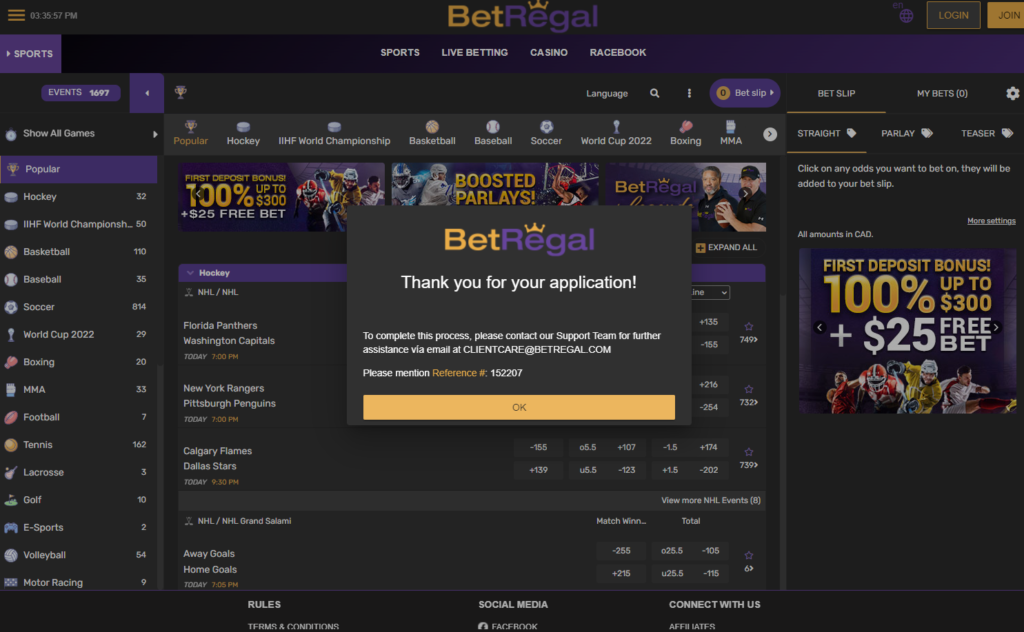 The experience on BetRegal isn’t the absolute best we’ve seen, but it gets the job done when needed. If they happened to be the venue with the best odds or an availability on a line that we wanted to bet on for a given night, we wouldn’t hesitate to use them. There are some quirks in the web presentation that one would hope they build upon in 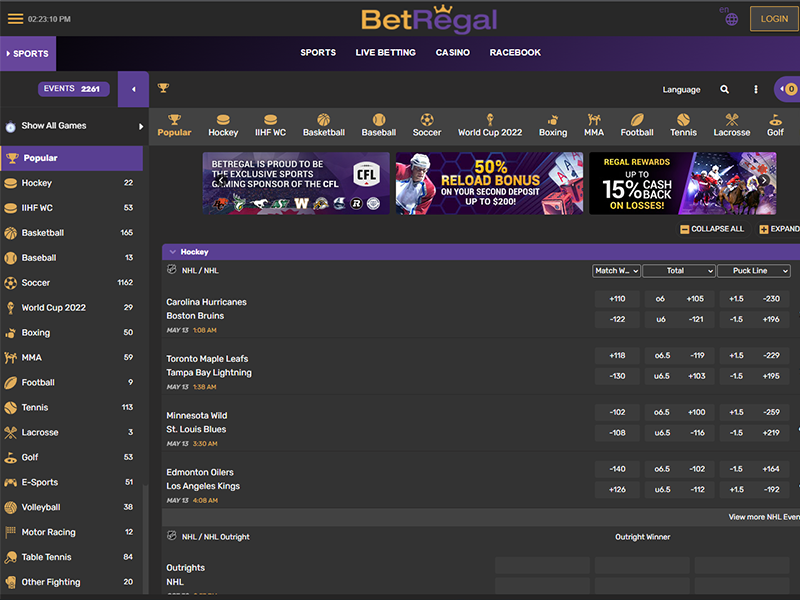 Want to check out BetRegal? Open an account at BetRegal and make a first deposit.