2022 NCAA Football National Championship odds are now available, as such we will keep this page updated using the best football-focused sportsbooks, to make you aware of the best wagers around. USA College pigskin title prices above were last updated on June 16, 2022:

College football betting is generally a top-heavy proposition. Big-name programs get most of the public money and drive lines up higher than they would be in normal circumstances.

With two powerhouse schools maintaining at the top of the NCAAF hierarchy, if you wish to bet chalk you may as well grab them both at these prices before the season. If they meet in the finals again, you're freerolling for 1 unit.

But IF a team was going to upset the favourites - Who might take the crown?

What Nick Saban's tenure at Alabama has shown us, is that once a program reaches the mountain top, they are there to stay for a while.

Clemson's coach, Dabo Swinney now understands this having made 3 of the last 4 title games, all against Alabama, and going 2-1. It's not going out on a limb to think two of the four playoff spots will be occupied by those two teams.

That means bettors need to decide which two schools will make up the Final Four. Heading into the season - here are three underdogs squads with a shot:

If you're looking for value, Oklahoma 15.00, Wisconsin 25.00 and Auburn 51.00  all qualify as good to great programs who are tagged as longshots.

How to Read NCAA Football Odds

In fact, it's possibly right under the NFL as the most wagered on sports events in the United States. Oddsmakers and sharps pay careful attention to NCAAF lines as much as any to make sure they stay ahead of the curve. 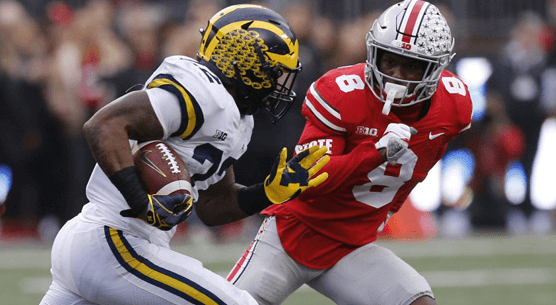 Sportsbooks opened up last year much the same way they opened up this season, with Alabama as the favourite to win the National Championship. However, in an effort to cut down on losses, they've slashed the odds of the heavy favourites leaving little value for the teams who feel destined to take home the crown.

The four best teams in the nation, determined by overall record and polling get put into a 4 team bracket and play a single-elimination playoff tournament, much the same way the NCAA Basketball Champion is determined.

In total there are 11 conferences that the various schools belong to and play the majority of their games within, with only a couple games each season being out of the conference.

But during that College Bowl season, there will be many, many bowl games between teams from across the conferences that can all be wagered on.

The last decade of NCAA football has been dominated by the SEC. This is down to two factors mainly; recruitment and money. SEC schools invest more heavily in their football programs out of necessity.

In order to compete, they need to match the commitment of their rivals, like any arms race. Similarly, prospects who wish to advance into the NFL often favour SEC schools, as these programs have a reputation for producing more NFL talent than the other divisions. As such, college football odds favour the elite SEC teams at this point in history.

Leading the field in the modern era has of course been Alabama, who have 7 national Championships in the Nick Saban era, and 17 in the history of their school. 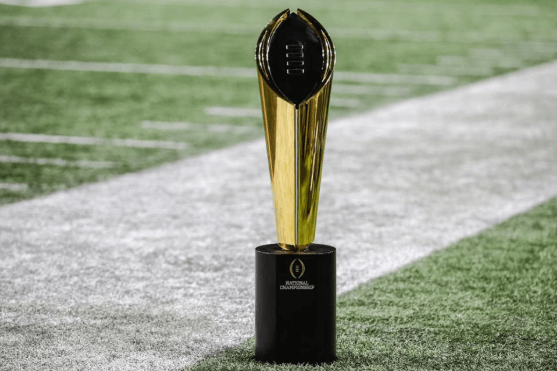 But leading the way are two Ivy League institutions. Princeton who last won a Championship in 1950, lead the way with 28, whilst Yale who last won a title in 1927 is still in 2nd place with 27.