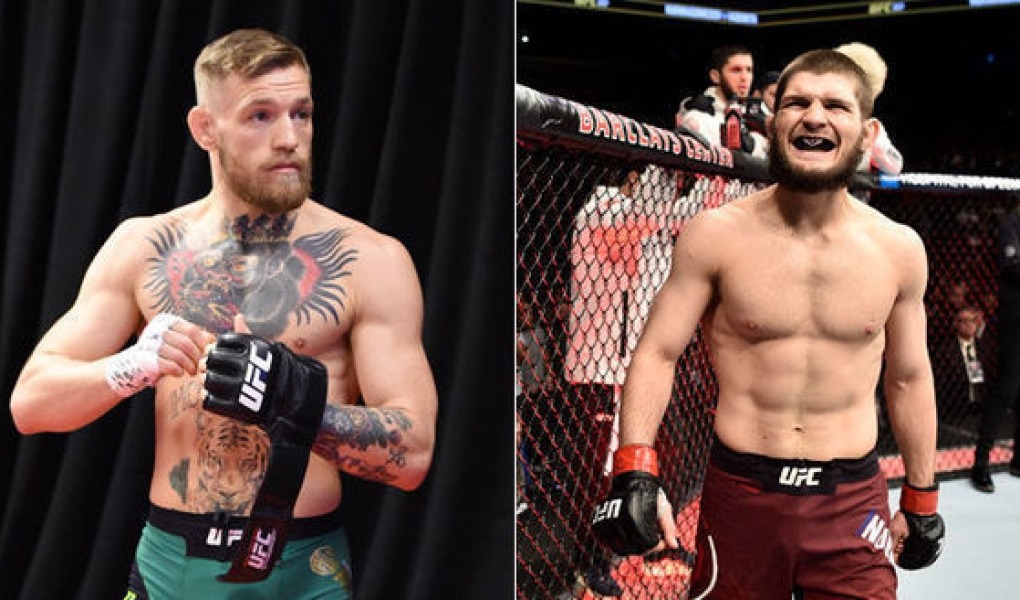 The undefeated Nurmagomedov (-150) will be a slight favourite facing the returning McGregor (+120) in a UFC fight that is most likely ending in a finish. Nurmagomedov will either take McGregor down and submit him or McGregor knocks him out while standing. Fans are divided.

This is Nurmagomedov's first title defence after winning the belt last Spring while McGregor is fighting his first MMA fight in almost two years.

This is a classic grappler versus striker match; Nurmagomedov has mauled every fighter he's faced including those with wrestling experience. The Dagestani-born sambo master has virtually taken everyone down at will. Even if his takedown rate is only at 44.95%, he is relentless and will pressure his opponents until they break.

McGregor's weakness has been Nurmagomedov's strength: wrestling. While he has a 73.91% takedown defence, he was exposed against Chad Mendes, an NCAA Division I wrestler. McGregor got taken down repeatedly and held down at one point. And Nurmagomedov is twice the wrestler Mendes is.

But on the flipside, McGregor is also light years better at Nurmagomedov at striking. Nurmagomedov is tough but gets too aggressive in closing the distance. McGregor has godly power, especially with his left hand. If Nurmagomedov rushes in too recklessly, McGregor will find his chin and hurt him.

McGregor also enjoys a four-inch reach advantage over Nurmagomedov. He is fluent at measuring the distance and moving around to make it difficult for the basic style of striking from Nurmagomedov. If he flusters Nurmagomedov, he could make him commit mental errors and exploit it just like he's done with several other opponents.

Prediction: The fight is likely to play out in two ways: Nurmagomedov wears McGregor down with his repeated wrestling pressure and will submit him after he gasses out or McGregor knocks Nurmagomedov out as he recklessly closes the distance. As an underdog, McGregor is more valuable to bet in this spot.

Like most McGregor fights, the line has gone up-and-down in big spurts but as of now, it has settled close to their opening lines. Expect some more big bets as the fight draws nearer.

When McGregor fights, it's not just another UFC event: it's a special event. Look for UFC 229 to be the top-selling UFC pay-per-view this year as it is also packed with great fights from top to bottom. Canadians are sure to pack the bars or watch at home. These online sportsbooks have been busy and will continue to hold the best MMA betting lines for Canucks.