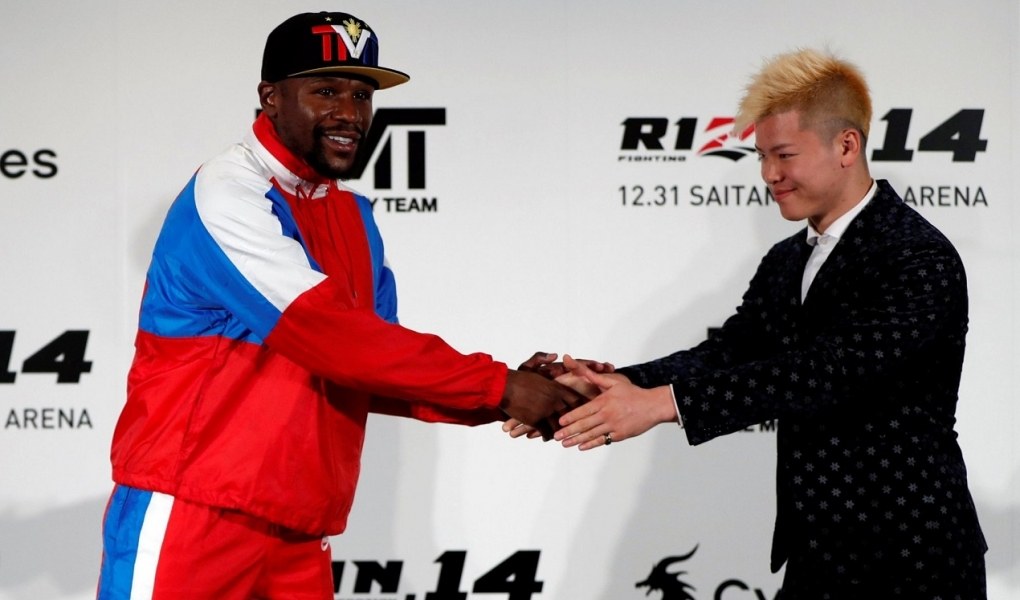 Mayweather (-260) starts as a significant favourite against Nasukawa (+200) as the boxer has an undeniable boxing advantage over the kickboxer. Nasukawa is smaller but faster and has powerful hands. He will present another unique challenge for Mayweather, but so long as it is a boxing fight, he holds all the cards.

Mayweather opens as a decided favourite over Nasukawa, but not by too much given the disparity in their boxing experience. Nasukawa is younger and will be faster, but Mayweather is also significantly bigger and far more seasoned.

Oddsmakers were cautious in opening this fight as Nasukawa is relatively unknown and is dangerous. He has ended numerous fights with his fists including body shots and hooks. Nasukawa could also be the fastest opponent to challenge Mayweather. What he lacks for in size, he more than makes up for this way.

But as good as Nasukawa is with his fists, a lot of that comes from fighting in kickboxing or MMA. When he won't have the use of his other extremities, it could limit what he could do. He won't be able to sling spinning back fists or elbows and won't find it as easy to hit Mayweather as he does with other kickboxers.

Mayweather absorbed plenty of damage when he fought Conor McGregor, another non-boxer who was a southpaw. But a lot of that was because he chose to extend the fight and tire the inexperienced Irishman. Nasukawa won't tire as easily, but he could be at wits' end when he exhausts his arsenal.

Nasukawa is a tough opponent regardless of his inexperience and limited skillset as a boxer. But Mayweather wouldn't have taken this fight if he didn't think the odds were in his favour. He and Nasukawa will put on a show with Nasukawa winning a few rounds. But it's still Mayweather's show.

Prediction: It isn't crazy to imagine the young kickboxer shocking the world and becoming the first fighter to defeat Mayweather. He is fast, hits hard, and much younger. But stronger and more experienced boxers have all tried and failed to finish Mayweather. He will take Nasukawa's best blows and outbox him down the stretch to win a clear-cut decision.

Unsurprisingly, lots of bets have come in for Mayweather in huge amounts. But there has also been some support for Nasukawa preventing Mayweather's line from plummeting into an unbettable territory. Expect more line movement the closer it gets to New Year's Eve.

Mayweather wouldn't just fight at any random MMA promotion. RIZIN is the most popular in the Far East and is infamous for putting together fantastic shows that offer a smorgasbord of combat sports from MMA to kickboxing to boxing.

Hardcore MMA fans and new fans alike tune in early in the morning. Most of them who wager use these online sportsbooks, which serve both boxing and MMA fans alike. Their lines are always updated and they offer signup promotions with easy customer service perfect for newcomers.