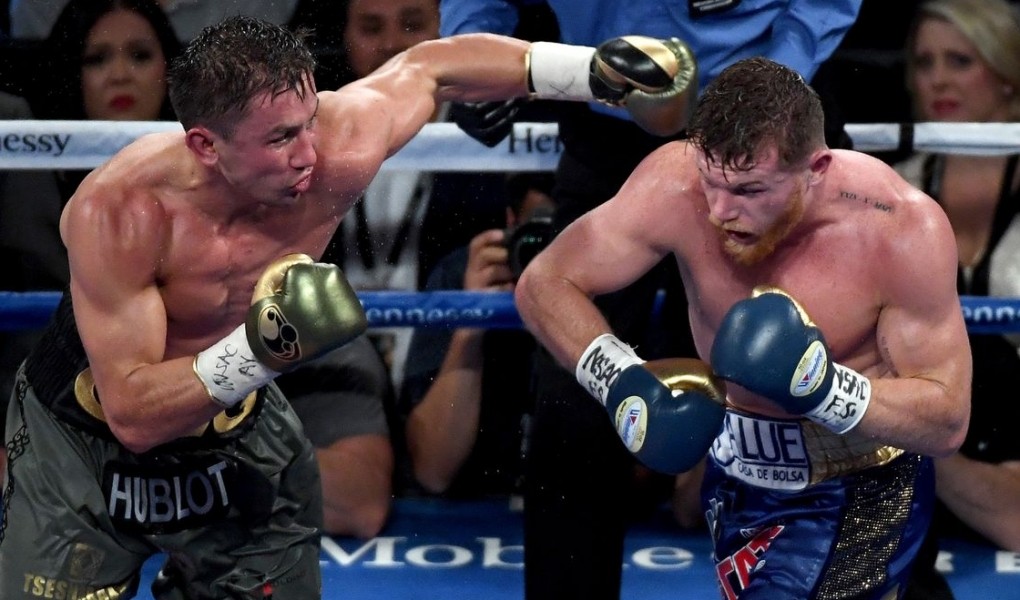 Golovkin To Outwork Canelo in Another Back-and-Forth

Boxing odds remain about the same for this rematch. Canelo (+136) has been a steady underdog despite his popularity, especially among the Mexican demographic. Golovkin (-162) will again be a decided favourite as he looks to give a more thorough performance and leave no doubt. Canelo is fighting for the first time since their first bout while Golovkin is coming off a second-round KO win over Vanes Martirosyan, who filled in for Canelo on late notice this Spring.

Their first fight lived up to the hype and was everything fans expected - except for the ending. Golovkin outboxed Canelo for 10 of the 12 rounds and landed 218 total punches versus Canelo's 169. Yet judge Adalaide Byrd had the gall to score it the other way resulting in a split draw.  Golovkin has himself partly to blame. He wasn't as aggressive in the earlier rounds resulting in Canelo "stealing" them with the judges. It was a feeling out phase and "GGG" respected Canelo's power too much. But now that he's felt Canelo, he is less likely to act pretty and will just go for it. Canelo handled himself well despite being pushed against the ropes for half of the fight. He faded in several rounds so his conditioning will again be questioned this time.

Money has generally come in one way and for the underdog's side. Canelo is the more popular boxer of the two and bettors are taking advantage of his price tag. Golovkin backers may just be patiently waiting for his price to keep decreasing but come fight night, expect big money to drop.

Golovkin had Canelo in the first fight but let him slip through his fingers. That won't happen again. He'll again be more aggressive and use a variety of jabs and work Canelo's midsection. This will soften Canelo up long enough for him to tee off and once again outbox him.

Prediction: There will be less feeling out this time around. Golovkin won't be as trigger shy as he was in their first fight and will put the pressure on Canelo early. He is bigger and stronger and will use his aggression to outwork Canelo winning a clear-cut decision this time.

This is the biggest boxing event of the year. Canadians will pack bars and help set pay-per-view records by ordering. Casuals and hardcore fans alike are likely to check wagering options for a big money fight like this. These online sportsbooks offer great betting lines alongside promotions perfect for first-timers.