While not every club in the 2020-21 Champions League has a partnership deal with a sportsbook, many of the biggest clubs in this year's tournament are sponsored by some of the world's biggest sportsbooks.

Some of the biggest teams in the 2020-21 UEFA Champions League are sponsored by some of Canada's best online sportsbooks.

Below are some of the biggest partnerships and soccer odds open for betting on the 2020-21 rendition of the tournament. 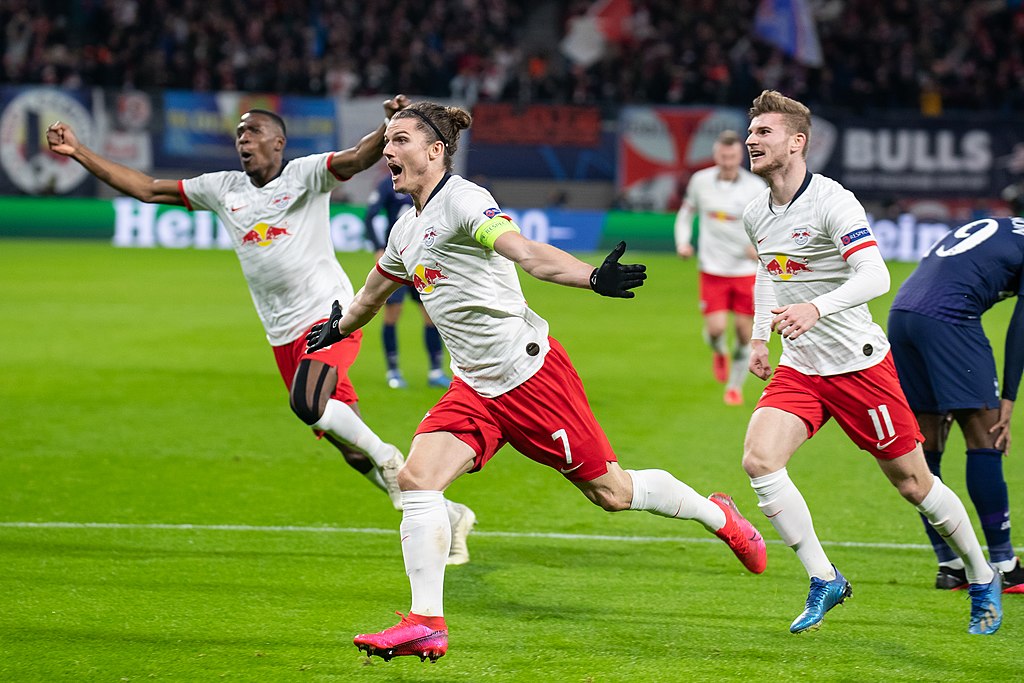 This partnership between the top club in France and Unibet started back in 2018. The sponsorship is going strong, with the two sides agreeing to a three-year extension – until the 2023 PSG season.

At Unibet, PSG is considered one of the favourites to win the 2020-21 UEFA Champions League. They came as close as ever last year, going into half-time of the 2020 Finals tied with Bayern Munich 0-0. Bayern Munich netted a goal and the second half and held off a late surge by PSG – to stop PSG from winning their first-ever title. However, with all the talent on their roster, we can see PSG making another run at the championship.

The sponsorship team at Unibet must have been generally happy with the performance of RB Leipzig. The Bundesliga club made the UEFA League Semi-finals last year, losing to another Unibet sponsored club – PSG.

Even with Timo Werner transferring to Chelsea at the end of their Champions League run, RB Leipzig looks like they have enough pieces on their roster to make a run at their second-straight top-four finish. It is crazy to see how good this club is as they were founded in 2009 and made it to the Bundesliga in only 2016.

After three years with William Hill, Chelsea has moved on and is now sponsored by 1xBet. The one-time Champions League winner (in 2012) added Timo Werner in the transfer window, helping the club field one of the most dangerous offences in this year's tournament. Chelsea has a favourable draw, and with a high seed in the knockout stage, the club could make a run at their second championship.

Chelsea is not the only massive football club 1xBet has a sponsorship with. The bookmaker inked a five-year deal with Barcelona back in 2019. Barcelona's partner seems to like their chances of winning the Champions League in 2021. Only five clubs at 1xBet have better odds to win the tournament. As the club still has Lionel Messi – after talks of him potentially moving elsewhere – Barcelona is a serious contender at this year's tournament.

Other Sportsbooks Sponsoring Clubs at the 2020-21 Champions League

There are some other major clubs partnering with sportsbooks – that accept Canadian bettors. One sportsbook with a few deals is BWin. BWin is partnered with Athletico Madrid and Borussia Dortmund for 2020-21.

The banned took roughly a full year to come into full effect. However, Serie A petitioned the Italian government to lift the ban or, at least, do partial revisions to allow for sponsorships – to help clubs recoup losses from the Covid-19 Pandemic. La Liga clubs also face restrictions on partnerships with sportsbooks. The regulations, which are under new considerations due to the pandemic, could cost La Liga 70% of their revenue from sportsbook sponsorships.

There are also talks of increased regulations and bans on gambling advertisements in the United Kingdom and Belgium. For the time being, though, sportsbooks and soccer clubs continue to work together all over Europe, and as long as the economy is contracted, laws that will financially hurt businesses are likely to be shelved, at least temporarily.

Other Clubs with Notable Sponsorships

Not just sportsbooks sponsoring teams offer soccer betting odds on the annual tournament. There are many great sites accepting Canadian bettors that provide a range of futures and pre-match odds. Learn more about the best Canadian betting sites below.