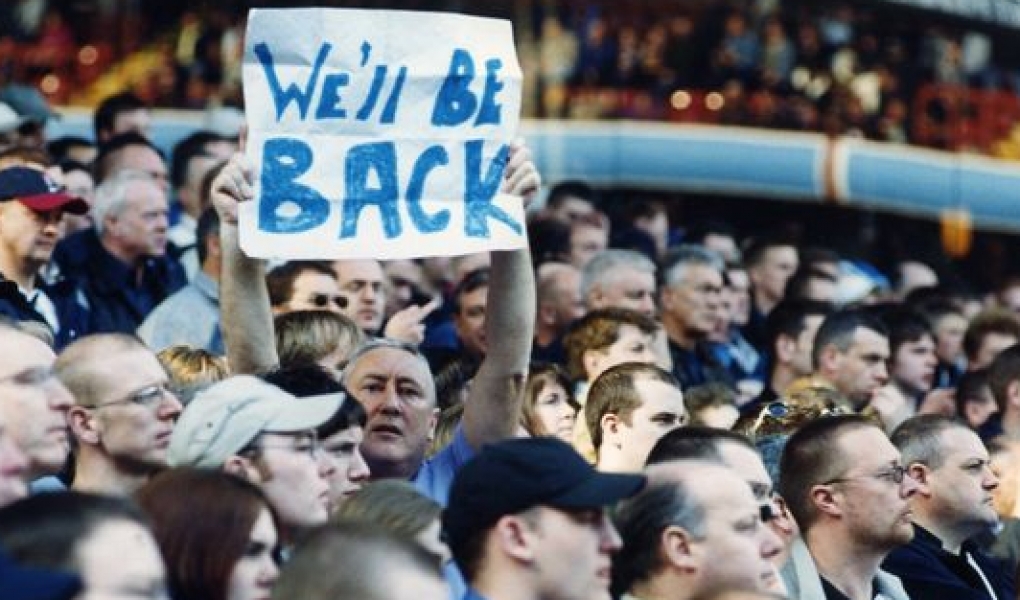 While the best teams in the Premier League fight it out for the title, the rest must fight for survival. Each season, the bottom three sides will be relegated to the second tier of English football and suffer a huge financial hit.

But their pain can be your gain – the top online sports betting sites have markets that allow you to bet on the teams you think will suffer the dreaded drop.

Unlike betting on the EPL winner, this market will pay out for three separate teams, so it’s quite a lucrative wager. Here’s our summary of the odds.

In the Red - The Favourites to be Relegated

Cardiff City head the list of teams most likely to be relegated in season 2018/19, and the club from South Wales will have a hard time disproving the odds. City were by far the lowest spenders compared to Fulham and Wolves, the other two clubs promoted at the start of this season, and it’s no secret that money talks when it comes to EPL survival.

There are some good signs. Two scoreless draws at the start and a narrow loss to Arsenal will give hope to their fans, although wins are the only way to make it, and it remains to be seen whether this side can get enough of them to stay up. At -250, there’s not too much value here, although it’s certainly a likely outcome.

Huddersfield are the only other side paying less than +100 odds, and to be honest it’s incredible that they have made it this far. After becoming the first side in history to be promoted despite having a negative regular season goal difference, Huddersfield clung onto Premier League football last season against all the odds.

But surely they can’t stay up for a second straight season. Like Cardiff City, Huddersfield simply don’t have the personnel to compete with the big teams and will struggle against the other teams around them. Wolves and Fulham look to have bought well in the off season, and if they manage to stay up it’s going to be very tough for the West Yorkshire club.

You can get as much as -162 for the West Yorkshire club – this could be a decent investment.

They say a week is a long time in football, and so a month must be an eternity. It certainly looks that way for Burnley. Before the start of this season, the Lancashire club were dreaming of a historic European campaign after finishing in seventh in 2017/18.

But one month later they limped into the international break with just one point from four EPL starts and were eliminated prior to the Europa League group stages. All of a sudden they are the third-favourite in the relegation market, paying around +175.

We’re not sure they are headed for the drop. It’s not out of the question for a team to go from 7th to relegated in consecutive seasons, but Burnley should avoid relegation this season.

Similarly, West Ham are a side on the slide but simply shouldn’t be considered for the drop based on their manager and their roster. Ok, so they have been heavily criticised at board level for a number of years, but at the end of the day they have enough talent on the field and in Manuel Pellegrini to finish just above the bottom three.

+350 is their average price, although you’d be brave to pick the Hammers for the drop.

More Teams On The Edge

Newcastle United are another team with a reputable manager, but Rafa Benitez is one of the top three bosses most likely to part ways with their club as the odds currently stand. If he goes, it could go either way.

United have been relegated recently, and are always a chance to go down – they could be good value at +333

South coast clubs Brighton and Southampton are the next big chances according to the markets. Both have started the season in OK fashion, although expect the pair to be close to the danger zone when April comes around. At +350 and +450 respectively, there’s a good opportunity here. Out of the pair we think Southampton are the team most likely to make way.

Don’t be fooled by the money that Fulham have spent – they are also a big chance of going down despite their +500 price tag.

It’s astonishing that we can consider a team like Bournemouth an outside chance of going down in 2018/19. Not long ago this club was languishing in the lower leagues, but have now established themselves in the big time. You can get as much as +1000 for the Cherries to suffer the drop.

The same can be said for Crystal Palace, who managed to survive last season’s drop despite not scoring a goal for their opening seven matches. They find themselves well clear of their opponents in this market, priced at +700. Roy Hodgson certainly has them playing good football.

Wolves and Watford have started the season well and have shown enough to suggest they will be just fine in 2018/19. Don’t be tempted by the +1400 and +1600 on these teams.

Leicester City and Everton are well established in the Premier League these days and will not suffer shock relegation.

And of course, the top six are called the top six for a reason. You’re out of your mind if you think any of the big guns will come close to the drop. Although, a dollar on Manchester United at +100000 isn’t the worst idea given their lack of reinforcements over the summer transfer window!

There’s no doubt about it – three teams will suffer relegation by the time the season is done.

Our pick is that Cardiff City, Huddersfield and Southampton will be the unfortunate teams in 2018/19.

If you’re game, a parlay bet on the three will fetch you fantastic odds of +1045.