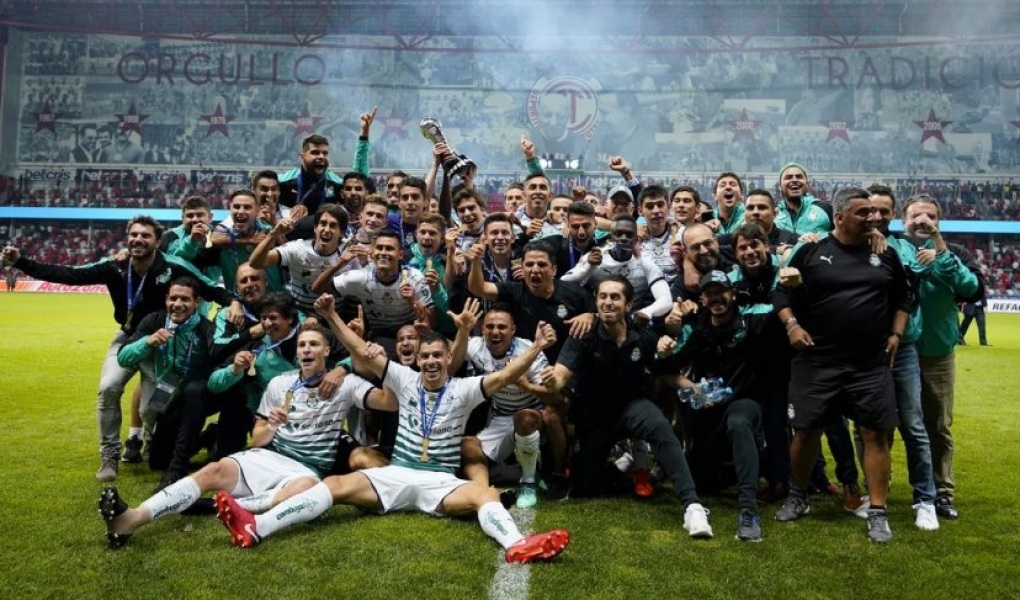 Liga MX is Mexico's premier soccer division and the fourth most attended league in the world behind the English Premier League, Spanish La Liga and German Bundesliga.

The league is made up of two separate competitions - one that starts in summer (Apertura) and one in winter (Clausura), and each feature an eight-team playoff tournament to determine the overall winner.

This means that it's not always the best team over the course of the season who is crowned champion. The 2018 Clausura champion was Santos Laguna, who came from fourth on the standings to win the final over the number one seeded team (Toluca).

For this reason, the odds are quite evenly spread, and it takes a lot of skill (and an element of luck) to pick a winner at this stage of the season. See our betting on soccer page for more options.

Here you'll find all the odds on the top chances to win the 2018/19 Apertura season.

The Favourites: Monterrey and Cruz Azul (+300)

Monterrey have finished third and first in the last two Mexican league tables and should have a point to prove heading into the playoffs for this year's Apertura. Yet this year's competition is extremely tight and the side remains only a good chance of securing their place considering they are just sixth in the standings and three points clear of ninth-placed Guadalajara.

The injury to Rodolfo Pizarro is huge, and while he will be back in time for the playoffs there's a bit of doubt in the air. At favourites odds of +300, they're probably a little too short for our liking. Give them a wide berth at this stage, there's a good chance they will appear at a better price.

Cruz Azul are top of the Apertura table and looking good at the moment, although they were pegged back in their last match by a Guadalajara side playing for their season. This result has not changed the overall odds too drastically, but there is always the chance that Cruz will drop further in price in the next month.

There's next to no chance of them missing the Liguilla in November, which is of course when the real action begins. This side look to be stronger than the team put out last season, and they should improve on their overall aggregate position of 13th achieved in 2017/18. But it will all come down to how they perform in the knockout rounds, and the side hasn't progressed past the quarter finals since the 2013 Clausura. Can you trust them to make it all the way to the final and win the Apertura?

It's no surprise to see Tigres near the top of the odds list for the 2018/19 Apertura - the team from the north-east have won the last three consecutive Apertura tournaments. In 2017 they finished second behind rivals Monterrey, and won a classic final at the hands of their neighbours.

While Tigres have struggled to make themselves stand out in a tight and competitive Liga so far, don't doubt their class and quality - they will be around at the business end of the competition and can win the championship from anywhere.

Club America have won it all on 12 occasions and will back themselves to remain in contention for as long as possible in this year's competition. Yet they have a difficult run in to the playoffs and will need to play extremely well against good sides to be in a position to contest the Liguilla.

We prefer Tigres for the same price, although if truth be told it's very tough to predict the side with the better chance at this stage of the year.

Santos appear at great value to go back to back in 2018, although before placing your money on the Clausura champions please remember that winning both titles in the same year since Pumas UNAM won both competitions in 2004.

Mind you there's certainly little harm in placing a bet at +1000 odds, and the same can be said about Toluca. The sides are currently 4th and 5th on the table respectively, and essentially any team can win it once they finish in the top eight teams.

It's incredible that a team placed in second position can be available at such a good price, but you need to read between the lines here. Nico Castillo's move to Benfica is a huge blow, and although it hasn't derailed their season, the big games will make the gap seem wider than it does at the moment.

Pumas are certainly a good value bet, but it's hard to see them winning the title.