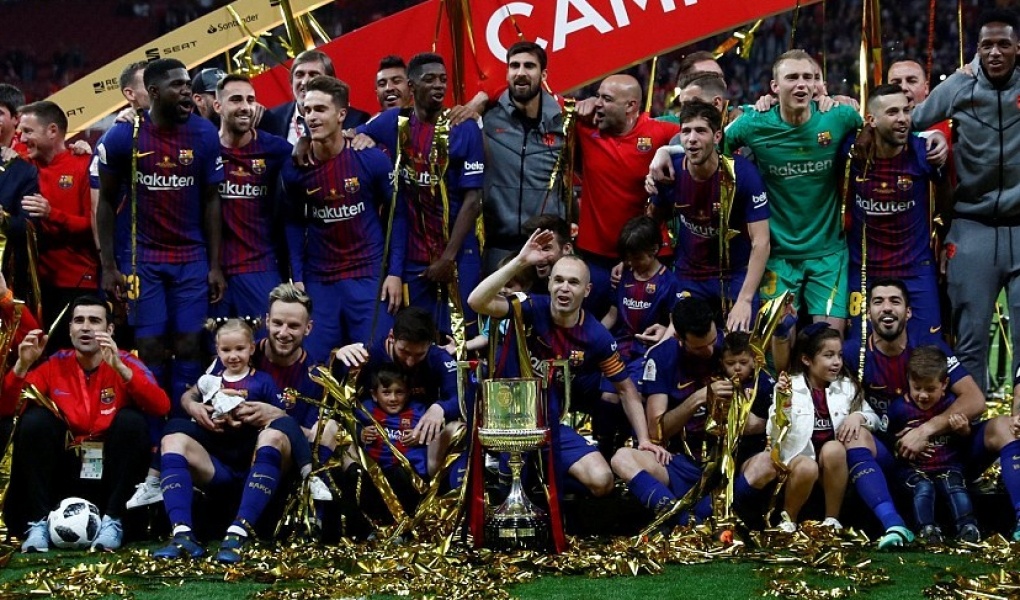 The Spanish league is one of the most famous soccer competitions in the world, and features some of the biggest clubs in Europe. While debate will always remain whether La Liga or the English Premier League is the best league on the planet, the fact that Spanish teams have dominated Europe's club competitions in the last decade is surely enough to settle that argument.

Real Madrid, the most successful team in history, will try and return to the summit in 2018/19, but Lionel Messi and Barcelona will head into the season as the clear favourite. As always there will be a challenge mounted by Atletico Madrid, and it remains to be seen whether any of the other 17 teams can compete with the big guns.

In terms of betting, you can get the best odds from a variety of sources every week - here are our picks for the 2018/19 season.

They might not be able to get the job done in the Champions League right now, but you can't deny that Barcelona have recorded more championships in La Liga than their bitter rivals Real Madrid since the turn of the century.

It's therefore no surprise to see the Catalonian club atop the market in terms of odds, and it's very hard to argue against the 2014/15 treble winners making it a fourth league title in the last five seasons.

There's two big reasons why we think they can go back to back. Firstly, they have a rock solid squad that has barely altered compared to last season. Lionel Messi, Luis Suarez, Philippe Coutinho - the list goes on. They have the playing roster to rival any team in Europe, and the first two names mentioned above have won the La Liga golden boot award six times between them.

Secondly, the only team that looks likely to take their crown has stepped backwards; Cristiano Ronaldo has gone to Juventus and master coach Zinedine Zidane has left, so Real Madrid find themselves facing life in transition. They should comfortably finish in the top four and perhaps top two, but it's hard to see them topping Barca.

At odds of -175, it's not going to be the most profitable wager of all time, although in all honesty we can't see the early frontrunners losing their grip on the title, and therefore their price will only go down.

You could wait for them to slip up, although by the time that happens it's unlikely to alter their price too dramatically.

When you've won three Champions League titles in a row you'd be entitled to think that you would enter the domestic season as the favourite to win the title. That's certainly not the case in La Liga, and Real Madrid, despite their European dominance, sit at the very tempting odds of +175.

Of course, it's not going to be easy to replace Ronaldo, and they have already dropped points in Bilbao. But any team that boasts Luka Modric, Toni Kroos, Isco and Karem Benzema is going to be a threat, and at their current odds they are certainly worth a punt at this early stage of the season.

The two biggest games of the season - El Clasico - are likely to settle the overall winner, so there's always a chance that Madrid can overcome their big rivals.

The odds on both teams will definitely change significantly on Sunday, October 28th when these sides clash for the first time.

Antoine Griezmann, Diego Costa and Diego Godin are three players who would beg to differ when asked if the La Liga season is a two-horse race. The Atletico Madrid stars are certainly at the level of their opponents, but unfortunately it looks as though this year's squad will again be just short of competing for the league title.

Atletico have had a poor start to the season, scoring just three goals in their opening four matches and failing to impress at their new stadium. This will be the venue for this year's Champions League final, and perhaps it's time for Madrid to focus on that competition as they've already lost as many games as title-winners Barcelona did last season.

Still, stranger things have happened, and at +1400 there's excellent value here. If you're a believer, this may be the bet for you.

Celta Vigo were the team to defeat Atletico Madrid, and they have jumped out to a strong start in this year's title race. Despite this, they find themselves at +50000 to win the division, which gives you an indication of how little chance other teams have in this league.

Sevilla and Valencia are seen as the fourth and fifth best chances according to the leading online sportsbooks, and even they are +10000 and +20000 respectively. All signs point towards the top three teams in our analysis.

We simply can't see anyone else other than Barcelona winning the league while Lionel Messi remains in the division. Real Madrid will push them for most of the season, but once again they will dominate and come out on top. It's definitely worth a bet now, as their price will only shorten as the year goes on.