Manchester United need to win this season, to avoid total embarrassment, earn a trophy and qualify for next season's Champions League. As a global footballing power and the "richest team in the world" absence from Europe's elite competition would be an insult on their name.

Fortunately, they have the right man tasked with doing the job. In 13 career cup finals, Jose Mourinho is 11-2. When trophies are on the line, the Special One excels.

And he will be tasked with stopping an Ajax side that can be described as a poor man's AS Monaco. A young team that plays fast attacking football. 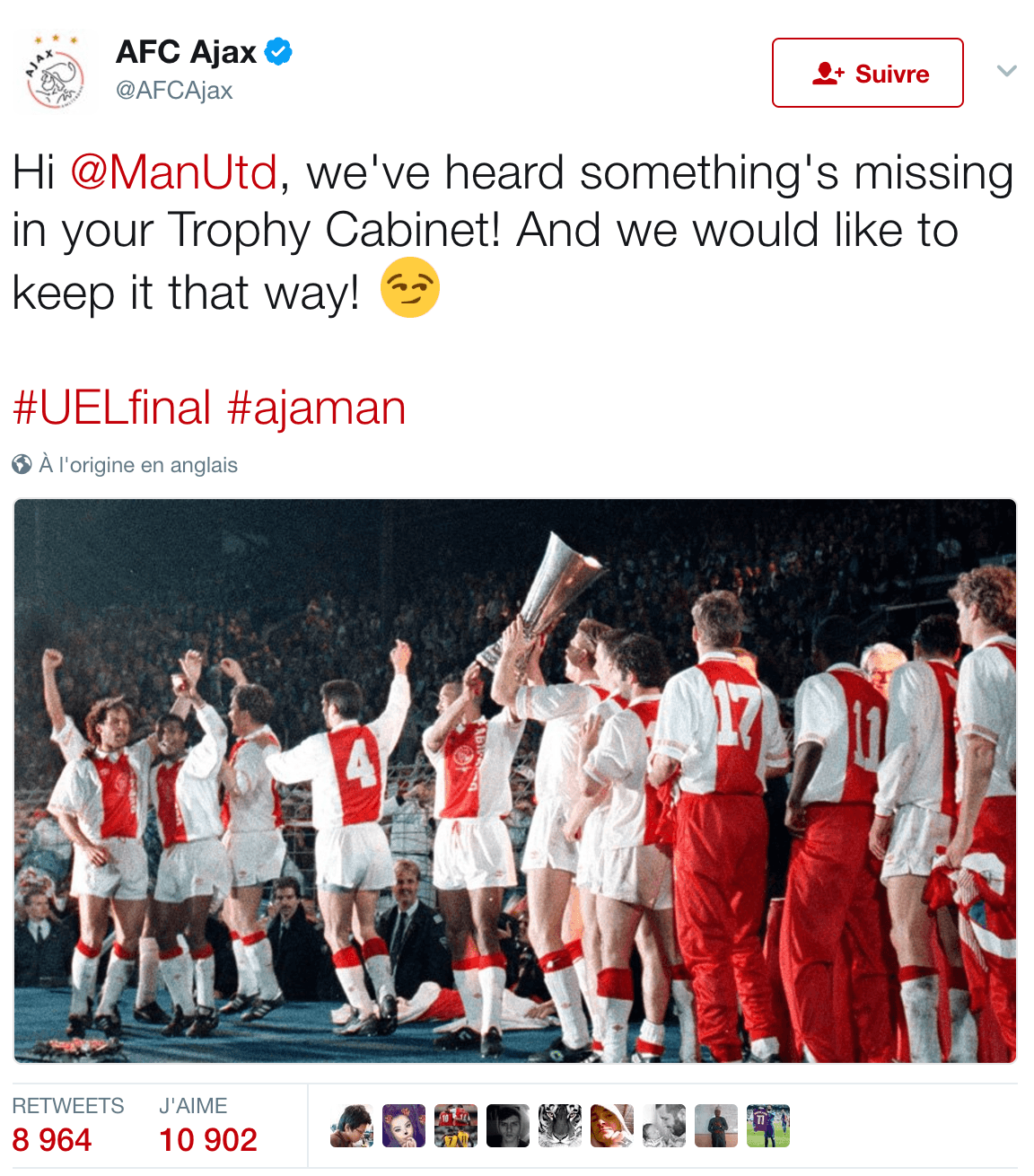 Of the expected team Ajax will field this Wednesday, May 24 at 2:45 pm EST, the average age of the squad will be 22 years old. And for all the scoring chances that the young team creates they will give up just as many going back. I expect the front 6 of Manchester United to be Rashford, Martial, Mata, Mkhitaryan, Pogba and Herrera. Players who will take the chances that fall their way.

The back four for United will be missing Eric Bailly due to suspension which does not bode kindly for Manchester United, as he is their best defender, but it bodes well to my selection for this game.

This play comes down to Ajax. As a function of how they play, I can not see this game play out without several scoring chances at both ends.

Even if Mourinho wanted to kill the game, and I'm not sure he does, United would wind up finding so much space to counter attack in that the goals would be inevitable. Ajax have played overs in 3 straight Europa League matches, and Manchester United who have trended towards the under for most of this season, will be missing a key piece in their back line, but also will have all their 1st team choices fully rested and in top gear for this one last crucial game. Goals win games, and when you face an opponent who may give them up readily, you have to go for it.

Let's have a look at the current Scottish Premiership odds to win the title.