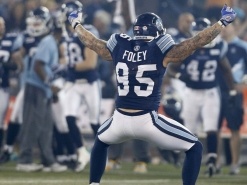 There’s no doubt that CFL players have to love the game to put themselves through a rigorous regular season and punishing playoff. The enthusiasm that players show on the field often transforms into results on the field, especially dominant players who lead offenses and defenses to Grey Cup rings. Typically, the most popular players in the league feature a mix of outlandish personalities, all-time legends, quick-rising newcomers and those who have a propensity for spectacular plays. The following ten gladiators are among the most popular players in the CFL.

Most Popular Players In The CFL

The Most Popular CFL Players Lead Their Teams To Success

The destiny of CFL teams often rises and falls with the play of the most popular players in the CFL. Typically, magnetic personalities, hardworking cornerstones and on-field wizards spark locker rooms and fans into a frenzy, giving their teammates the edge they need to make a difference. In some cases, these players walk a fine line of utilizing their fiery, competitive spirit without acting in a manner detrimental to the team.

Keeping track of these franchise favourite players helps to give you an idea of the potential outcome of a game. Deep teams will always have the ability to cover for a poor performance by a normally solid player. However, if a key contributor ends up falling into a slump, this can lead to long-term instability and a loss of team morale. Look for these situations when seeking an inside edge on CFL betting odds.