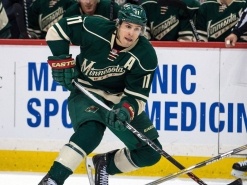 A single skater having a bad year can completely destroy your fantasy picks and hockey wagering plans. Often, there’s little to no warning that a player will have a terrible year, as injuries or other factors may suddenly rear their ugly head. Some players are simply a flash in the pan, similar to Jim Carey, who disappeared off the face of the earth after an incredible rookie season that included a Vezina win. [+]

The following five players, however, have been consistent contributors for years, and appear to be ready to bounce back from a difficult 2015-16 season during the 2016-17 campaign.

The changes in the salary cap and the addition of international talent has created a league that displays the greatest parity of all the major North American sports leagues. In fact, for the first time in the history of the NHL, less than half of all NHL players are of Canadian origin. American involvement in the NHL has dipped slightly, while the number of Swedish players has risen to an all-time high. It doesn’t take much for a team to fall out of the playoffs, similar to how it’s very easy for individual players to undergo a difficult year, all of which is made possible by the level of competition in the NHL.

As a result, the NHL is notoriously unpredictable when compared to the NBA, NFL and MLB betting. For example, no one predicted that Brent Burns would finish ahead of Alexander Ovechkin and John Tavares in the points scoring race. Burns’ terrific year helped to propel the San Jose Sharks to the NHL finals, which is another prediction few people would bet on, especially considering the strength of the Chicago Blackhawks and St. Louis Blues. Keeping track of current trends is extremely important when wagering on NHL action.