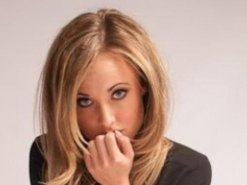 Those who play in the NFL are among the manliest of the men, which naturally attracts a variety of women to their side. Some of these pros also bank millions every season, which only increases their overall level of attraction to women. While many of the NFL players surely “play the market” with regularity, these NFL wives and girlfriends have managed to find themselves a bae they can lean on, ranging from cute couples who play fight over Twitter to power couples such as Gistom Bunrady.

While it may seem a bit cliché, the fact of the matter is that these relationships off the field do have an important impact on the field, especially in the case where family rightfully demands attention over the game. For example, the strong support of Bundchen definitely helps keep Tom at top quarterbacking form.

These sort of matters occasionally end up having an effect on how a game plays out. Athletes, even the seemingly superhuman ones, may end up having their gametime performance affected by off-field issues. In some cases, the player may be drained, but in other cases, athletes may be motivated to perform better than normal.