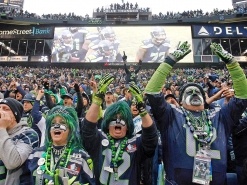 Heading down to an NFL when the stadium fills up with 80,000 roaring fans can be intimidating for a fan of the opposing team. However, there are teams where the fans are much more energetic and angry. They live and die with their team and are not willing to put up with any nonsense. Some fans are extremely loud; others swarm in sections of the stadium and create angry packs, and on the rare occasion turn violent. Here are the top 10 most heated NFL fan bases.

Emotions And Betting On The NFL Do Not Mix

Emotions and betting on the National Football League do not mix. When betting on a team – opinions on teams not constructed through sound reasoning should not be considered when betting. A Philadelphia Eagles fan hates their NFC East rivals, but a smart fan may see one of the teams having a favourable matchup or spread and opt to wager on that game. The same can apply when wagering on an individual’s favour team. A loyal fan will not want to bet against their team – even when the odds are not in their favour.

As the season progresses onward fan frustration grows. The most frustrated fans see their teams go from contender to bottom-of-the-barrel in a single season. For 2016 the New York Jets are the biggest contender to pretender culprit of 2016. After a 10-6 season in 2015, the Jets have stalled out the gate and may struggle to even reach half their win total from 2015.