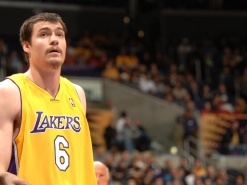 Bad things happen to good people and good things happen to bad people. NBA legends like Karl Malone and Allen Iverson retire without championships while Darko Milicic and Mark Madsen are NBA champions. It takes a team to win but plenty of terrible players piggyback off of the efforts of their team’s superstars to get a piece of the Larry O’Brien Trophy. We ranked the worst players in the last ten years to have the fortune of being with the right team at the right time.

While the players on this list were indeed bad given their “accomplishments”, this doesn’t include some who weren’t as bad but still got carried to a championship. Brian Cardinal (2008 Mavericks), Shandon Anderson (2006 Heat) and Sasha Vujacic (2009-2010 Lakers) were arguably just as bad as all the players listed above but still found a way to stick around with their respective teams as they rode them all the way to glory.

With a new NBA season, there will likely be a few more unremarkable players to get a chance to celebrate an NBA championship whether it’s with the budding dynasty of the Golden State Warriors or the defending champions Cleveland Cavaliers. But before the playoffs, the regular season happens with thousands of games to enjoy and bet on. Get closer with the best sportsbooks. Prices on your favorite teams are the best and the signup bonus is the icing on the cake.