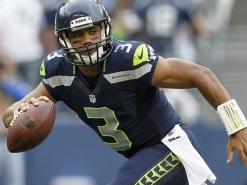 Athletes are popular figures in North America. Beloved in their home stadium and hated in rival cities. Some athletes transcend that level of popularity and are popular across the entire league. A good way to measure a players popularity is through Social Media metrics. Twitter is a good point of reference – as NFL players are able to compose quick snips on the team, game or anything else they want. So without further ado, here are the top 10 NFL Twitter accounts.

Most Popular NFL Players On Twitters

Social media has evolved the way sports are watched and followed. The National Football League and every team have their own Twitter feed. What twitter provides is a great and easily way to communicate with fans. If the Indianapolis Colts want to tell their fans of an injury or new signing – Twitter is a quick and inexpensive method to get that news out. Now everyone in the AFC South and the rest of the NFL will get their information too – so social media is not much of a benefit to team strategy – although the New England Patriots are probably working on a way to trick their opponents through social media.

Twitter and other social media platforms provide insight into players lives. Much of what athletes tweet is fluff – pictures of family, food, opinions on television – basically nothing that impacts football games and spreads. The odd time, though, a social media feed can be a source of information on injuries or future transactions – such as free agent signings. Otherwise, Twitter is not much more than 140 character – or less – tidbits from popular athletes.