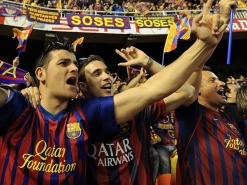 With soccer being the biggest sport worldwide, the top teams in various leagues around the world can collect plenty of money from large fanbases. Jersey sales for these teams are a big part of promoting, and supporting these clubs on the pitch and it's why the best players in the world can earn unbelievable sums of money in their contracts. Soccer does the best all throughout Europe in various leagues in different countries.

It's no surprise all European teams that make the list of the top selling soccer jerseys this year.

Top Selling Jerseys In Soccer For 2016

Buying jerseys of one's favorite players on their favorite team is a way to identify with the club and support them along their journey of chasing a championship. Since soccer teams in Europe have huge followings and extremely loyal fanbases, jersey sales for the clubs on this list rake in six to seven figures annually. That's quite the pretty penny for just one aspect of merchandising and it has become such big business that these clubs are releasing new color variations and althernate third jerseys every year to rake in even more profit.

Die-hard soccer bettors typically know which clubs have the largest and most vocal fanbases, so seeing all of those clubs on a list like this isn't a surprise. But what could be a surprise is just how much money these clubs are pulling in from jersey sales alone each year, and surely after cashing in on a huge wager on one of these clubs you've gone out and gotten a jersey for yourself to show your appreciation.