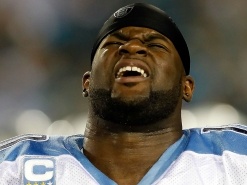 The Wonderlic Test, short for the Wonderlic Cognitive Ability test is a group intelligence test that assesses the a test-taker's ability in learning and problem-solving. It consists of 50 multiple choice questions to be answered in 12 minutes. A score of 20 indicates average intelligence. The NFL administers this test and while it doesn't predict future success, it gives insight into the character of a prospective player.

Just looking at the ten players who fared the worst shows that test scores aren't everything.

It won't take a perfect score on the Wonderlic to realize that the NFL is the most lucrative sport in North America. The multibillion-dollar sports business attracts tens of millions of viewers on a weekly basis and its pinnacle event, the Superbowl sets world records for viewerships.

Whether people understand the game or not, they stay in touch with America's favourite sport. And as this season hightails to the NFL Playoffs, plenty of teams remain a big surprise like the Dallas Cowboys who look unbeatable while some, like the disastrous scores of several players on this Wonderlic list, are already looking for the nearest exit.

Betting on the NFL is as easy as the New England Patriots making the playoffs. Trusted bookmakers are reviewed extensively and their betting prices are the best. On top of this, they have plenty of betting options from point spreads to the money line to countless propositions. There is a chance to profit at every turn. In-game action is also updated so players don't have to look anywhere else. And last but most enticing is the signup bonus offered to you.