The 10 US States That Produce the Most NBA players 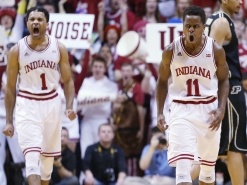 In its 70-year existence, the NBA has become a melting pot for different nationalities but is still dominated by American players with up to three quarters of the league being from the United States. Yet the basketball roots are deeper in some States than others. and this article looks into which States produce the most NBA players per one million residents. Can you guess some of them?

US States With Most NBA Players Per One Million Residents

The list goes by NBA players based on a ratio relative to the state's population. If actually considering the sheer amount of players, the top five states would be as follow: California, Texas, New York, Indiana, and Illinois. Of these five, four are in the top five of most populous US States while the fifth, Indiana is 16th overall and appears on both lists making it the undisputed state for basketball and while the NBA culture is deep-rooted in New York City, the state ranks dead-last in terms of the amount of NBA players per 1 million residents.

NBA players come from different parts of America but they all share one common bond: the game of basketball. Despite recent racial tensions, Americans, basketball players or not, can find solace in the beautiful sport. Likewise, gamblers and NBA fans can find a safe space with the trusted bookmakers. These reviewed sites offer the best betting odds on the NBA on top of a plethora of betting options. Better yet, they offer a signup bonus of up to $200 in cash for new players and the friendly customer service makes it easy for anyone to get involved.