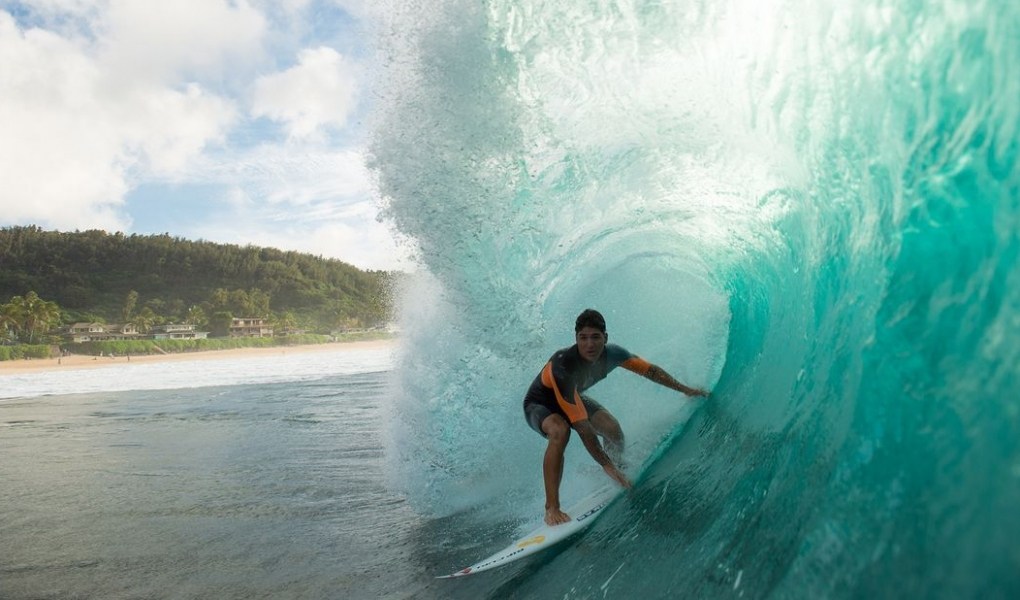 Italo Ferreira’s high-flying run to win the MEO Rip Curl Pro in Portugal sets up a three-way race to finish the World Surf League Men’s tour championship. Current WSL rankings leader Gabriel Medina sits on top of the 2018 rankings, close to securing his second crown. However, Julian Wilson and Filipe Toledo still have a shot at kicking Medina out of top spot. Sports betting sites show Wilson as the surfer most likely to end the 2018 WSL tour with a spectacular come-from-behind victory.

Gabriel Medina’s been the steadiest competitor all season, finishing the last half of the tour with a pair of victories and two semi-final finishes over the last four events. Medina accumulated a 4,740-point cushion on top of the leaderboards, giving him a strong advantage heading into the final event in Hawaii.

Medina accumulated a 4,740-point cushion on top of the leaderboards, giving him a strong advantage heading into the final event in Hawaii

Considered the main rival capable of toppling Medina, Julian Wilson put himself in a difficult position by losing in the quarterfinals of the MEO Rip Curl Pro. Assuming Gabriel continues his string of excellent results, Wilson will probably need to win his first Billabong Pipe Masters since 2014 to give himself a legitimate shot at the championship.

Filipe Toledo is mathematically capable of upsetting Medina for the WSL Championship, but he’s faded considerably over the previous two events, eliminated in the second round twice in a row. Toledo’s best finish at the Billabong Pipe was fifth in 2014, so he’s considered less likely to emerge victorious over the best pipeline surfers in the world. He has the same number of points as Wilson with triple the payout, which makes Filipe an attractive longshot.

Known as one of the greatest pipeline surfers in the world, John John Florence will be the main challenger to Medina at the last event in Hawaii. Florence finished as runner up twice at the Billabong Pipe and he’s the back-to-back WSL champion over the last two seasons. John John wants to finish 2018 on a high note after a frustrating injury limited his activity for most of the tour.

Kelly Slater’s an 11-time WSL champ and the GOAT, capable of winning any heat against all competition. He’s won the Billabong Pipeline twice in Hawaii, and nobody wants to pair off against Kelly – especially in earlier rounds.

Making the semi-finals will clinch the championship for Medina. Over the past four years, he’s made the quarters once and finished as runner-up twice, which gives him a solid shot at clinching the title.

Florence, Slater, Wilson and Ferreira will challenge Gabriel, who might take his foot off the gas pedal if he clinches the title early on at the event.