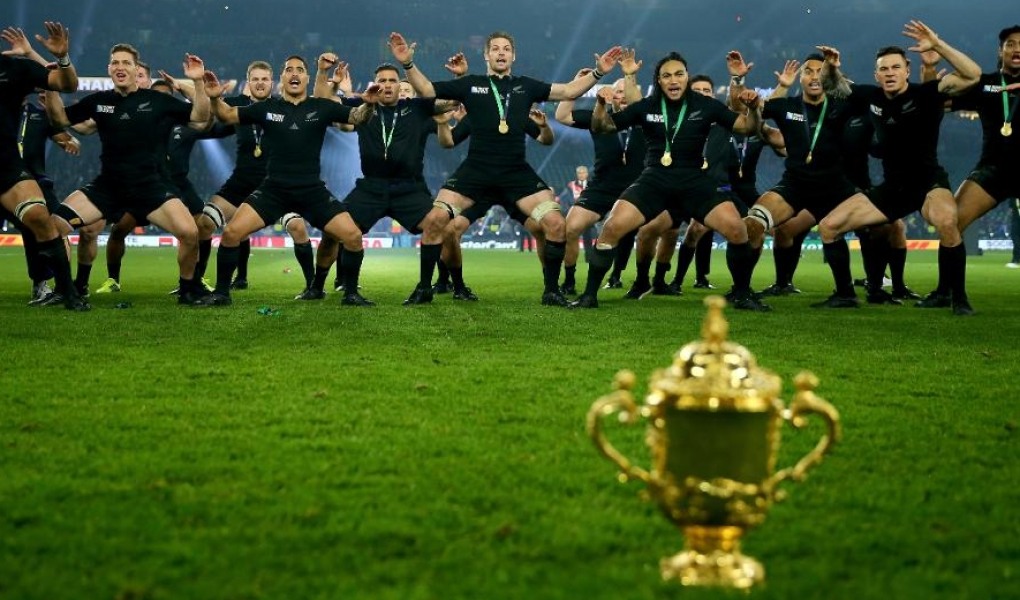 Rugby may be the sport they play in heaven (or so they say), but for most rugby-playing nations heaven is the concept of the sport no longer dominated by the mighty New Zealand All Blacks. And perhaps they have their wish; the favourite for the 2019 World Cup has had a below-par 2018, so is it possible that another team can stop them from collecting their third consecutive title?

One thing is certain – the Rugby World Cup is the pinnacle of the sport, and before it kicks off every single team (including Canada) have a chance of lifting the trophy. Let’s explore the odds and the best ways to bet on rugby.

The 2019 World Cup will feature twenty of the world’s best teams, split into four groups of five. The top-two nations from each group will contest in the knockout rounds, with the final to be played at the International Stadium Yokohama on November 2nd, 2019.

The Groups are as follows:

With months of rugby still to play before the tournament gets underway, there is little doubt as to who is the greatest team in the world. The All Blacks have sat atop the world rankings since the end of 2009, and have depth in every position across the park. Despite their small population, they have the strongest domestic clubs out of any of the competing countries, and are a great chance of winning their fourth title.

There have been hiccups in the last 12 months though, which is the best thing that has happened in rugby recently and will be great for the betting community. Losses to Ireland and South Africa in 2018 show that they aren’t invincible, and as a result the odds have changed dramatically.

At one stage, New Zealand were around -166 to win the 2019 World Cup, although the emergence of Ireland as a genuine contender has seen them drop back to around +110.

Is this the end of the run for NZ rugby? We don’t think so, and our advice is to jump on the All Blacks now before they dominate once again in 2019 and win the tournament.

Ireland are second in the world rankings at the moment, and that can be attributed to a dominant 2018 in which they finally defeated the All Blacks on home soil. Amazingly, this is the second time in three matches that they have got up against the All Blacks, although the other result was more of an exhibition match, played in Chicago in 2016.

But it’s not just defeating New Zealand that get you to number two in the world. A Six Nations Championship and a Grand Slam in 2018 shows that they mean business coming into the RWC in 2019. They have shortened significantly in the market, now available for around +350.

England are next on the list of odds, paying +700 on most online sports betting sites. Although they won the Six Nations in 2016 and 2017, they have dropped again recently, falling behind both Ireland and Wales in the world rankings. There is plenty of time for England leading into the tournament though, and we recommend waiting to check their 2019 form before placing a bet.

The same can be said for South Africa, who appear at +800. Once a dominant force, the Springboks recently dropped to seventh in the world, an all-time low. They have bounced back up to fifth, although like England will need to show plenty leading up to the tournament. They also have the disadvantage of having New Zealand in their group, plus an Italian side that could cause them problems.

Wales have climbed from seventh to third in less than twelve months, and should be included as one of the genuine chances to win the tournament. They are arguably a better chance than South Africa, and should easily reach the knockout round with only Australia to cause them any concern in Pool D.

At odds as high at +1500 at some of the leading sportsbooks, Wales are a punter’s dream at the moment.

The same can’t be said for two-time winners and four-time finalists Australia, who are going from bad to worse at the moment. They too appear at odds around +1500, although have been quite awful in the last 24 months and have rightly slipped to seventh in the rankings. It would take a huge turnaround for this side to leap back into contention, so even at their current price you probably won’t be getting value out of them.

While the outright market is the only one available at the moment, you will see more pop up as the tournament approaches. One of the best markets is the ‘to qualify’ line, which lets you choose whether or not your team makes it out of their group.

Hosts Japan are a great chance of reaching the knockout round. Although not a traditional rugby-playing nation, they can be quite dangerous at big tournaments (just ask a South African fan about their win in 2015).

Buoyed on by home support, and with Ireland and Scotland the only seeded teams alongside them in Pool A, this team has a very good chance of making the quarter-finals, and this is where you should look to place a bet.

There’s also the added incentive of auto-qualification for 2023 for teams who finish third in their pool , something that team Canada will be doing their best to achieve.

Make sure you stay connected, as more opportunities to bet will become available as September approaches.