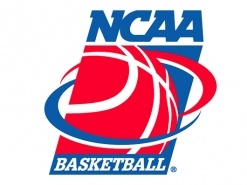 Over the first 78 NCAA Men’s Division I March Madness tournaments, 48 head coaches cut the last net string following a College Basketball Championship run. Refining that further, only 15 bench bosses have done it twice and five of those men have three plus titles. Of the 15 coaches with multiple wins, Roy Williams will lead the North Carolina Tar Heals into the Madness looking for his third title while Duke Blue Devils living legend Mike Krzyzewski aims for his sixth Championship.

Except for a slight few, we feel that professional head coaches receive too much credit for victories and too much blame for defeats. While it may be difficult to motivate NBA millionaires, wining pro sports Championships is the pinnacle of a player’s career and that should provide ample fuel to the fire. NCAAB coaches however are handed largely raw talent and are asked to win NOW – or within four seasons at least. This slideshow features some of the best 2017 March Madness bench bosses.

Five is a fairly limited number of coaches to recognize as 68 of the best Court Generals in the NCAA Basketball business will lead title hungry squads into battle when the 2017 First Four Round begins on March 14 in Dayton, Ohio. We mentioned North Carolina legend Roy Williams in the opening as he his looking to become just the fourth head coach with four NCAAB National Championships. Williams has led the Tar Heels to the Big Dance in all but one of his fourteen seasons – including a runner-up finish in the March Madness Tournament Final last year. Baylor, piloted by boss man Scott Drew, is well out of hibernation as the Bears are ranked #4 in the Nation with five games left in the regular season. Baylor has lost three of their last five though. Check out these title odds.

Arizona is another hot squad as Sean Miller’s Wildcats Crew are ranked 5th in the country. The Cats have a slim one game on Oregon and two on UCLA in the Pac-12 Championship race. The regular season title winner will most likely enter March Madness as a #2 seed. With most teams still having five games left on their schedule, SportsInteraction currently has seven teams tied as top futures chalk to claim the 2017 March Madness NCAAB Championship. Those numbers will change once the Selection Sunday rankings are doled out on March 12, 2017, and the Field of 68 is ranked and announced. Canada Sports Betting top ranked bookmakers listed below will cover the madness during the 64 games that lead up to the Final Four contests in Phoenix on April 1. That is followed by the Championship match on April 3 at University of Phoenix Stadium in Glendale, AZ. Lets Go!