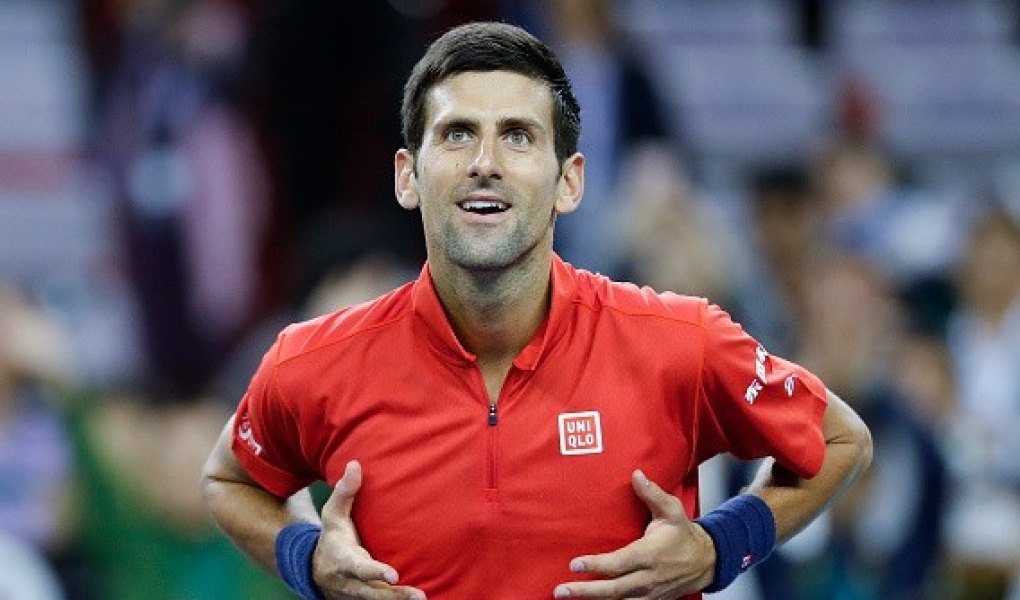 Best Picks for the 2018 Shanghai Masters

The annual Shanghai Masters has become one of the most famous tennis tournaments outside of the four grand slams and is the focus of the tennis community at this time each year. The best players from around the globe will be in attendance, and there is a stack of prize money and rankings points to be gained.

There's plenty to gain for the betting community; betting on tennis is always exciting, and the outright market for the Shanghai Masters offers bettors some fantastic opportunities.

Let's explore each market and determine which player is most likely to win the crown in this year's singles bracket.

The importance of a tournament can normally be summed up by the list of champions that have taken out the trophy, and Shanghai is no exception. Of the nine editions so far, eight have been won by either Andy Murray (3), Novak Djokovic (3) or Roger Federer (2) - keep that in mind when placing your bet.

Federer is the defending champion - he defeated Rafael Nadal in last year's final, and he will once again be one of the players to beat.

If Roger Federer wants to go back to back, he will likely need to overcome this man at some stage. Djokovic is back in form and fresh off consecutive grand slam victories at the Wimbledon championships and the US Open.

His return to peak means he is now in with a great chance of matching Roger Federer's incredible 20 grand slams - Novak has 14 and has only just turned 31.

The all-time leader in tournament prize money, Djokovic saves his best for the big stage, and this is yet another tournament in which he has excelled. At his best he should be too good for the ageing Federer, and certainly better than the other players in the field.

Assuming he stays fit and healthy throughout the Masters, he will be tough to back against. He is certainly our pick, and at +165 he presents a reasonable return on investment. Jump on now before his price falls even further.

All signs point to a blockbuster final between Federer and Djokovic, and although we have mentioned that Djokovic has age on his side, you can never rule out the champion Swiss maestro.

After all, Federer managed to return to the summit of men's tennis after a gap of five years without a grand slam, winning two Australian Open titles and at Wimbledon since 2017. He did of course win last year in Shanghai, and could make it a third title if he can overcome the rest of the field once more.

We would love to see Federer excel, he's the greatest player that perhaps some of us will ever see and a true gentleman of the game. But unless someone else knocks Novak out of this tournament, it's going to be hard for Roger to overcome the Serbian once more.

There are a host of younger players on the fringe at the moment, although none have quite made their mark. This has allowed players like Federer, Nadal and Djokovic to reclaim their place at the top of the standings despite getting on in years.

Juan Martin Del Potro is another who has benefited from the apathy of the new generation, surprising plenty in reaching the US Open final - his first appearance in a grand slam finale since he won the event in 2009.

The Argentine appears third on the list of odds at +800, which is quite a jump. The main reason for this is Del Potro's poor winning percentage against Djokovic (21%) and Federer (28%). Altogether, he is 11-33 against these two, and that doesn't fill us with confidence ahead of this tournament.

The only other player in the field that appears at +1000 or less is German Alexander Zverev, and we're writing him off from the start based on his woeful inconsistency.

There will be a time for Zverev - he is a class player and many forget he is just 21 years old. But he is yet to progress beyond the quarter-finals at the grand slams and probably won't until he fine-tunes his game a bit more.

At his current odds, he is underpriced - we think he has no chance of winning this event.

Raonic matched his best US Open performance recently - he reached the fourth round before being eliminated by John Isner in five sets. A win over the American could have paved the way for an unlikely final appearance (he would have faced del Potro in the quarters and then benefited from Nadal's retirement in the semi-final), but that has been the story of Raonic's career to date - so close yet so far.

The inconvenient truth is that Raonic is always on the cusp, but never quite good enough to take the extra step. His record against Federer, Djokovic and Nadal is a woeful 5-26, and he has lost all eight matches against Novak.

We'd love more than anything to see Raonic finally arrive as a player, but his declining ranking is probably a more accurate indication - we can't see him winning this one.

It has to be Novak Djokovic folks. The Serb is back in business and looks to have finally moved past his injury woes. Refreshed and ready to tackle the challenge of returning to the peak of the world rankings, Djokovic will be hungry for success here in an arena where he has lifted the trophy three times previously. Put the house on him.