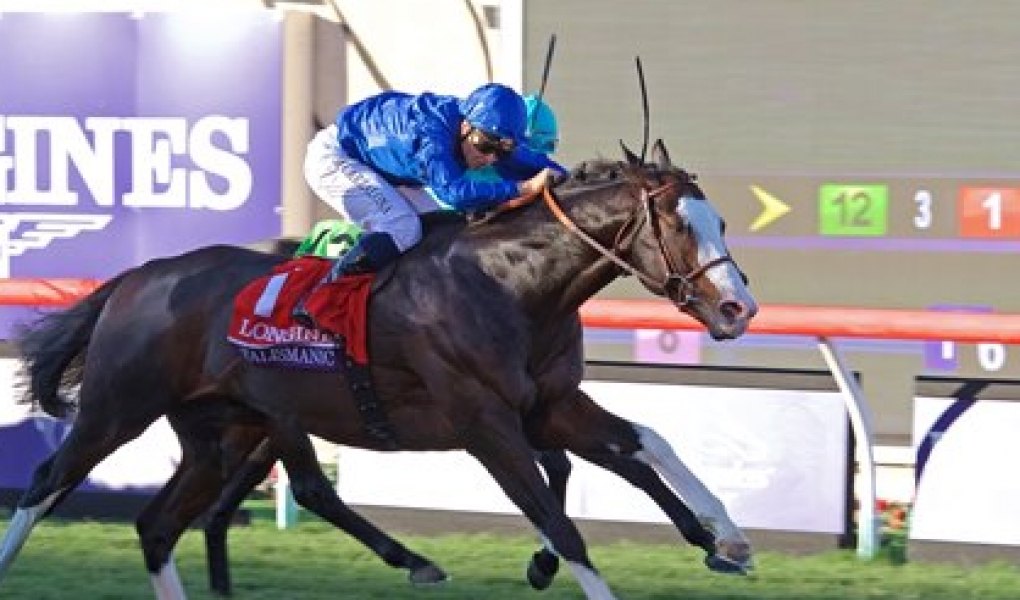 Euros have taken an astounding 16 of the last 20 editons of the Breeders' Cup Turf - a  race betting trend that seems very likely to continue in 2018 given the strength of the overseas runners and the mediocrity of the American contenders. Among the European cotingent is 2017 BC Turf winner Talismanic and he won't even be favored.

The field and the filly

Only three fillies have won the BC turf in 34 editions of the race, and not all that many have tried. Regardless, four year-old filly Enable (-175) is a heavy favorite to win this year's BC Turf, and frankly she is deserving. Defeated just once in 10 races, Enable captured her second consecutive Prix de l'Arc de Triomphe in her last start - a race that happens to be the most prestigious in France, and perhaps all of Europe.

While this filly bring impeccable credentials, it's worth noting that Arc winners haven't fared so well in the Breeders' Cup Turf, often going to post as the favorite and coming up short to less regarded European foes. Golden Horn seemed all but a lock to pull the Arc/Breeders' Cup double in 2015, but was defeated by Found - a filly coincidentally that he had defeated handily in the Arc.

Here's Bovada and Bodog's current list odds a few weeks out from the race:

As good as the filly may be, I cannot take her at -175. She'll be making her first start in North America, and the tight turns at Churchill aren't for everyone. Given the struggles of recent Arc winners in this race, I'll pass on this short price.

Last year's upset winner Talismanic appears to be headed to Louisville in bad form after finishing 13th in the Arc. This is a spectacular looking horse, but a repeat is out of reach in my opinion. Maybe he contends for the minor awards, but I'll look elsewhere for the winner.

I like Waldgeist at +600. This regally-bred horse had won four straight before finishing fourth in the Arc and is trained by Andre Fabre, who has thrice won this race, including last year with Talismanic. He'll need to make up a few lengths on Enable, but the new surroundings and vastly different context of racing could easily allow for that kind of improvement.