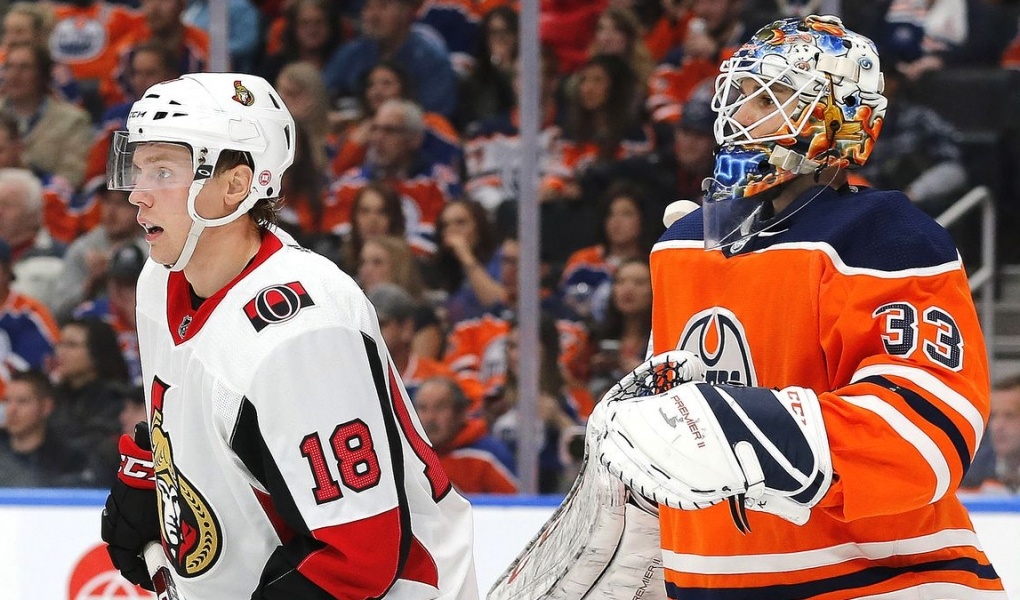 Edmonton is a Solid Bet To Return to the Playoffs

Even if they are priced as a likely playoff team at -135 (odds courtesy of Bodog), the Oilers have always been so dysfunctional. Even with the NHL's best player in Connor McDavid anchoring their team, Edmonton missed last year's playoffs and finished in the bottom third in scoring differential (-29).

The blame is shared by everyone except McDavid, who managed to exceed his point total despite how badly the team played. Key players like Oscar Klefbom and Cam Talbot regressed in a big way and the power play was atrocious finishing dead-last in the league.

It's a question of which Oilers team will show up this season. Chances are, the likes of Talbot, Klefbom and the rest of the special teams gets back to their 2016-17 form. Last year was likely one of the worse cases outside of McDavid. And as great as he was, he is still getting better.

Playing in the stacked Pacific Division, the Oilers will have an uphill battle. San Jose and Las Vegas are already ahead and they have to beat out Anaheim, Los Angeles, and a much-improved Calgary. But they have a decent shot at the wild card spot provided they get back to fixing their power play as their defencemen stay healthy.

The public is bullish on the Oilers hence their betting line. But that is still a decent price as they will likely improve on their special teams play. Their defencemen will be better and so will their goaltender. All things considered, Edmonton should at least fight for a wild card spot.

NHL Futures: Underdog Teams Who Could Make the Playoffs

The Oilers are technically not an underdog due to their betting price. But here are a few true underdogs who have a decent shot at making the playoffs this 2018-19 NHL season:

The Hurricanes were already a promising team last season and got even better during the offseason. Selecting Andrei Svechnikov, a winger with game-changing ability will add firepower and much-needed grit to their offence.

Moving Jeff Skinner opened Carolina for the younger studs. The team went 5-0-1 in the preseason flashing the speed and skill that constitutes a powerhouse team in today's NHL.

The only thing holding Carolina back, outside of inexperience, is their goaltending situation. Pickup Curtis McElhinney could provide 20 decent games at most. Scott Darling and Petr Mrazek are not NHL-caliber starters. Despite them, Carolina has enough firepower and two-way play to make a run for the final playoff spot.

The Sabres have been the Eastern version of the Oilers and at some point, their collection of bluechip prospects will translate to wins. This could finally be the season.

At net, they swapped Robin Lehner for Carter Hutton, who posted a .931 SV% with 2.09 GAA in 32 games with the Blues. If Hutton can come close to this form, especially with a less experienced blueline in front of him, the Sabres will be knocking at the doorstep.

There's always that one team that everyone writes off but somehow proves everyone wrong. It was Colorado last season and Edmonton the season before. It might be Arizona's turn.

Arizona had one of the worst starts in NHL history winning just two games in their first 18 games. But they turned it around and finished strong going 11-7-2 thanks primarily to the play of the defence and goaltender Antti Raanta. The Finnish netminder finished with a .930 SV%.

The defence will continue to be better and the team will find ways to be better than the sum of their parts under Rick Tocchet's second season. They will be in the race for that final playoff spot.

NHL Futures: The Senators and other Longshots

There are some teams that are just dead before they hit the water. The Ottawa Senators have had one of the worst years. They collapsed last season and finished second-last and were unluckily bounced out of the top three in the lottery, picking fourth instead.

It got progressively worse as they traded away captain and all-time great Erik Karlsson for barely anything and their first-round pick this season is with Colorado. Yikes. Owner Eugene Melnyk continues to beef with the fans as he single-handedly gutted the team. The Sens barely resemble an NHL team.

Still, never count out any team. The Sens will play hard for their diehard fans, but there is no chance they make the playoffs. Crazier things have happened though but you need better than 9-1 odds to even consider.

Ottawa isn't the only team that is a longshot to make the playoffs. There are plenty of other teams who appear to have already mailed it in. Though some of these teams can still shock the hockey world and squeak into the playoffs, better err on the side of caution:

Canadians love two things: hockey and a great underdog story. Like Colorado last year, any of the teams above could defy the odds and put on a stellar season. Never say never. Likewise, Canadians never turn down a good deal, especially when it comes from online sportsbooks who offer the best betting lines.