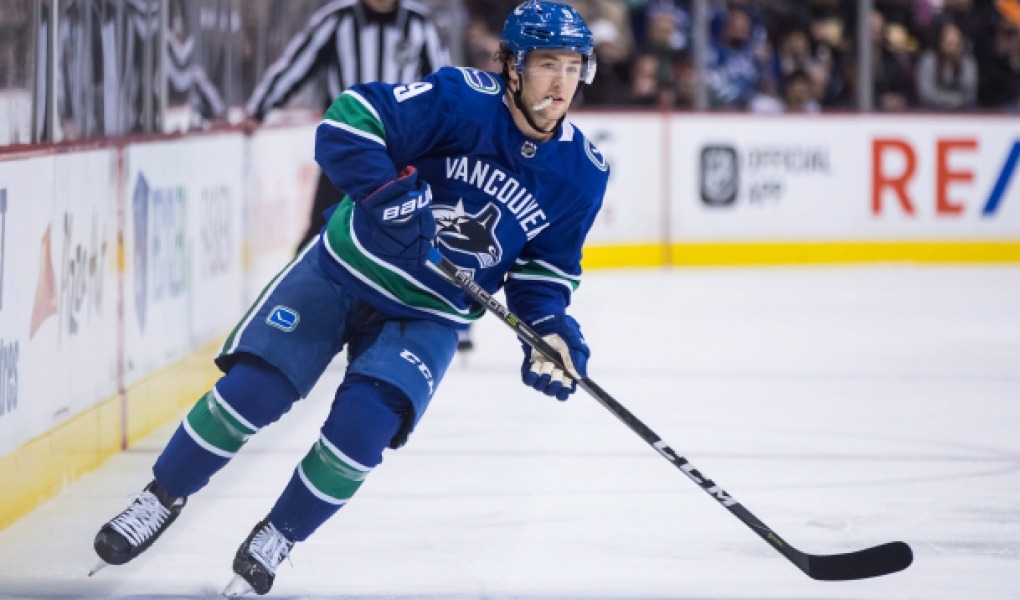 NHL Rookie of the Year Odds

While the 2018-19 NHL season has seen the NHL debuts of dozens of players, one name is clearly above the rest, Elias Petterson. The probability of him winning the prize is so big, that if you are willing to get a larger payout on your bets, you should look for other available  NHL betting odds.

The star for the Vancouver Canucks is leading all NHL rookies, in goals, assists and points (by a fair margin to boot).

Outside of Petterson, rookies such as Ramsus Dahlin and Brady Tkachuk are having fine seasons. However, neither has a realistic shot at surpassing Petterson as the best bet to win the 2019 Calder Trophy. Petterson will try to join Pavel Bure as the only Vancouver Canucks to win the NHL Rookie of the Year award.

In this article you will find:

While Petterson opened the 2018-19 season as the top prospect for the award, you must bare in mind that often the number one player does not live up to the expectations.

Just look at last season: few would have predicted Matthew Barzal of the New York Islanders to have won the award.

However, four months into the season, it is hard to argue that anyone but Petterson is the NHL Rookie of the Year in 2019 (even if he cannot match the point totals of Barzal - 83 points - last season).

Odds to bet on the Rookie

When the NHL rookie of the year odds opened on the Calder Trophy before the NHL season, most online sportsbooks had Elias Petterson as the favourite at odds of +300. After four-plus months of NHL action, Petterson remains the favourite but the odds have shifted due to how well Petterson has played.

As mentioned, Petterson is leading all rookies in scoring. However, what we forgot to say, is that the Swedish star did miss some time due to injury. Outside of Petterson, the best rookies to bet on to win the award are Rasmus Dahlin and Brady Tkachuk. If Dahlin helps the Buffalo Sabres make the postseason and Petterson misses time again (but more extensive time, say 10 to 15 games) he could steal some votes.

However, that is a lot of “What Ifs” and sticking with Petterson to win the award is the smart bet. Tkachuk is also having a productive season, however, his team stinks and he is not getting much spotlight this season as the better rookies on playoff teams. While some NHL rookie of the year winners have come from bad teams, they usually are closer to a point per game players (something only Petterson is doing this season).

Odds of the favorites to be elected Rookie of the Year:

Looking for great online sportsbooks to bet on NHL futures and game? Check out the list below for all the top options available in Canada.

While it is hard to compare Wayne Gretzky to Elias Petterson directly, there is one similarity that both had in their first hockey seasons. Unlike most NHL players, who play Junior-level hockey (such as the OHL), Petterson and Gretzky played in professional level leagues.

Gretzky spent one season in the WHA (which folded in 1979 and four teams from the league were absorbed by the NHL). Petterson played last season in Sweden’s top professional league. The big difference is that when Gretzky entered the NHL, he was not considered a rookie (however on the card he is considered a rookie as it was his first NHL season and if you can find a Wayne Gretzky rookie card, you should treasure it greatly).

Although Gretzky did not win the award, he did finish tied for the league lead in points with 137 points and won the Art Ross Award.

Of course, NHL player stats in the 1980s were much crazier. A point total of 137 would be high enough to lead the NHL every season since 1997.