This debate has been raging on for decades: Which of the NFL's 32 teams has the most passionate fan base in the league?

Before the comments start rolling in, the Oakland Raiders and the Black Hole would have been included on the list, but the team's move to Las Vegas this season might subdue some of the craziness.

Honourable mentions go to the Baltimore Ravens, Buffalo Bills, Chicago Bears and Minnesota Vikings. No, these teams are not on the list and I can hear the mocking from their loyal fans already.

As the saying goes, you can always put your money where your mouth is and bet on your team to win the Super Bowl. Be sure to join a trusted, top-ranked site like Bet365, Sports Interactive, or Bodog and take advantage of a welcome bonus for new members. NFL odds are offered on every game, including the money line, point spread and over/under totals. 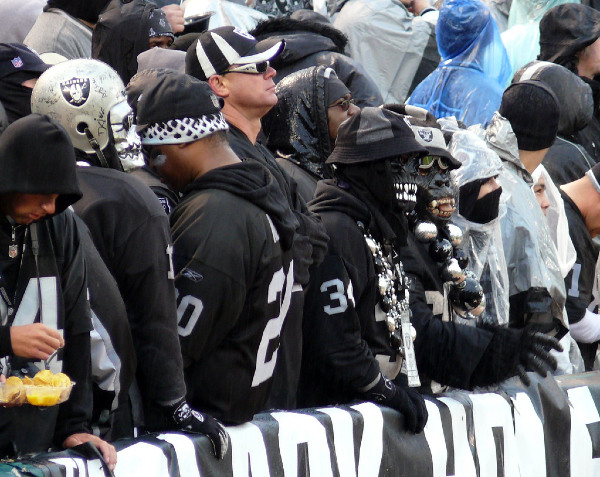 So, heat up the barbecue. Here's the kickoff of the top fan bases:

Browns fans and the Dawg Pound have had little to cheer about. Literally. The team has played in one playoff game in the last 25 years — and they lost. The AFC North team went 0-16 in 2017. What did their screaming fans do? They had a parade to "celebrate" the achievement. Even when owner Art Modell moved the organization in 1995 from Cleveland to Baltimore, these diehard fans waited four long years for their new franchise.

Often voted the villains of the league, Eagles fans are not shy about their hatred towards the opposing team, especially if it's a rival from the NFC East. Heck, they are even known for booing and throwing snowballs at Santa Claus. Clearly the favourite team in Philadelphia, the cheesesteak-eaters went absolutely crazy when their beloved Eagles won the Super Bowl for the first time ever in 2018. The city is likely still recovering from that over-the-top bash. 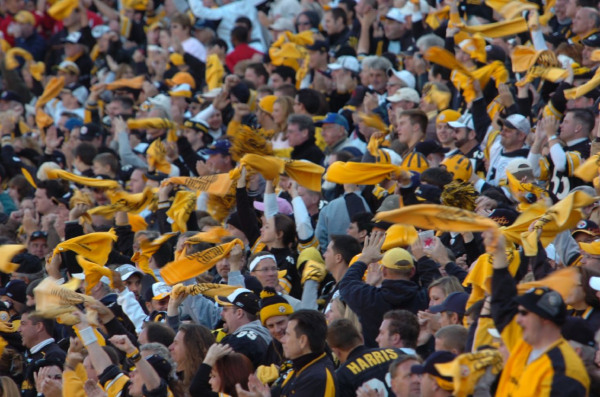 It's easy to see why the Steelers have such a huge following in the state of Pennsylvania and across the nation. The team is tied with the New England Patriots for the most Super Bowl victories ever with six. This AFC North team travels well. Watch any game of the Steelers on the road and there's a good chance that you'll see countless "Terrible Towels" waving in the crowd. At home, it's typical to see Heinz Field and a number of bars across the country rocking on game day.

Even after three straight losing seasons, fans in the Mile High State are still screaming "in-com-plete" after the opposing quarterback fails to find his target. The Broncos always rank among the top five in attendance as their fans, decked out in blue and orange, turn out in huge numbers even in hazardous weather conditions. Most visiting teams will admit that a win in Denver is tough to come by because of the boisterous fans and the elevation above sea level.

You either love 'em or hate 'em. The Patriots, tied with a record six Super Bowls, haven't had a losing season since 2000. Superstar quarterback Tom Brady and coach Bill Belichick are a big reason for the team's success, but it also draws amazing crowds in and around the stadium and in local bars. Boston is a rabid sports town and sports fans have enjoyed a lot of champions with the Red Sox, Celtics and Bruins. Will the passion be just as strong with the Patriots now that TB12 is gone to Tampa?

Super Bowl victory. Superstar QB Patrick Mahomes locked up for the next decade. What's not to love for Chiefs Kingdom fans? Football is a religion around these parts as 80,000 fans draped in red and yellow stampede into Arrowhead Stadium with their countless traditions. The team's headquarters border on the states of Missouri and Kansas, so this AFC West team draws their faithful from many parts. The total fan count grows daily on this star-studded unit. 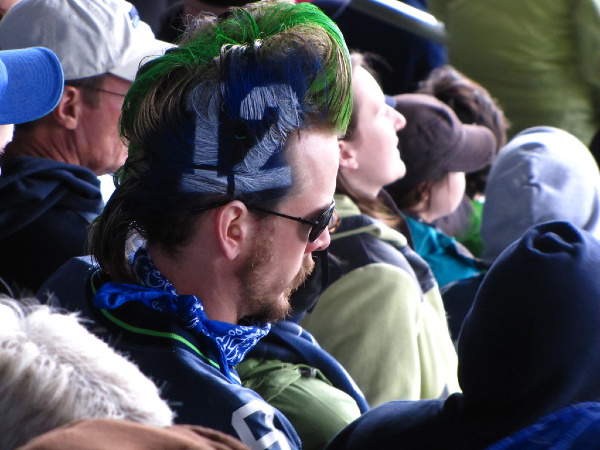 These West Coast fans have had such an impact on the success of this team that a former Seahawks president retired the No. 12 jersey in 1984 representing the fans as a 12th player on the field. The 12s are relentless in their support in the Northwest, and it shows. The fans set a noise record for the loudest outdoor stadium in 2013. The Seahawks, which won their first Super Bowl that same year, have finished no worse than second in the NFC West since 2011.

These are the most dedicated fans in the entire league. They have to be to survive subzero temperatures and watch games on the frozen tundra of Lambeau Field. Cheeseheads, as their followers are called, can also be more than just a fan of this NFC North team. Common stock purchases are periodically available so that you can own a share of the franchise, which has won four Super Bowls and is located in a tiny city in Wisconsin.

"Who dat? Who dat? Who dat say dey gonna beat dem Saints?" You will hear this chant often in and around the New Orleans Superdome. This is a Deep South city known for its food, music and culture, but the football team and superstar QB Drew Brews are just as big a part of this area as anything. It's so loud in the stadium that opposing teams are often forced to use hand signals to call plays. The NFC South team's social media page boasts more than four million followers. 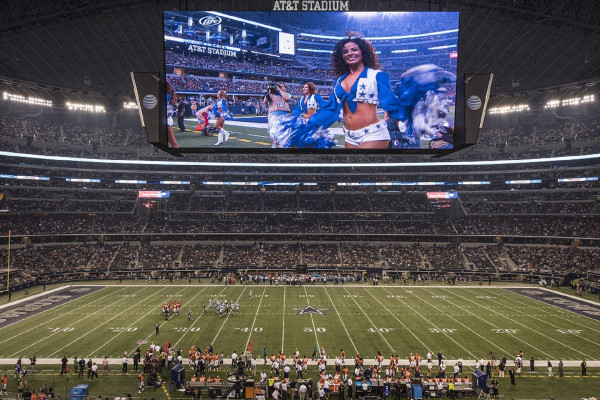 "America's Team" is wildly popular from coast to coast. The five-time Super Bowl champions are as well-known in the U.S. as the Yankees in baseball and the Lakers in basketball. It doesn't hurt that longtime owner Jerry Jones constantly has his hype machine running 24 hours a day. It also doesn't seem to matter if the Cowboys have a winning record or not, the NFC East squad is used to playing in front of friendly, energized crowds — even on the road. Except for maybe Philadelphia.