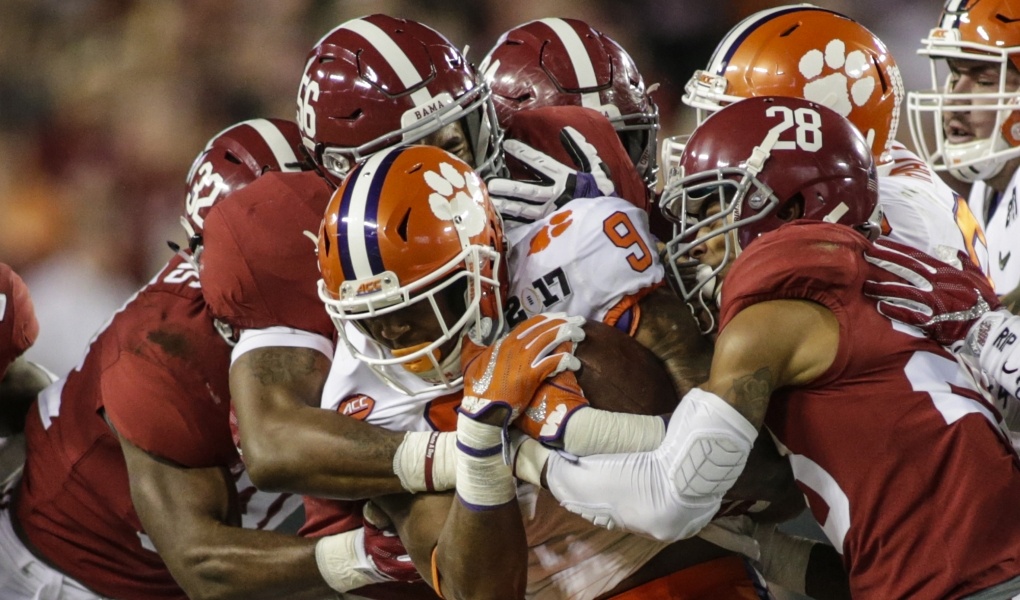 2019 National Championship - Alabama has the Edge in Rubber Match vs. Clemson

The two best programs in College Football meet in the Finals for the third time this decade. While both teams went 14-0 this season and looked great in the Semi-Finals, Alabama gets the edge in this game.

No.1 Alabama vs. No.2 Clemson Odds and Picks

While both teams had outstanding seasons, each outscoring their opponents by more than 30 points, it is hard to make an apples-to-apples comparison.

The two teams only played one similar opponent – Louisville. Alabama beat Louisville 51-14, while Clemson put up a season-high 77 points in a 77-16 rout.

Clemson played an easier overall schedule in 2018, with arguably their best win (27-23) coming against Syracuse. Alabama posted two wins (excluding the playoffs) against top-five teams in 2018, shutting out the LSU Tigers on the road 29-0 and coming back to beat Georgia 35-28 in the SEC Championship game.

Even though they do not have the same resume, these two teams have been the best teams in College Football all year, and their meeting in the Championship was a popular bet at the start of the season.

After opening the season as the top two teams in the AP Polls, Clemson and Alabama met in the National Championship game for the third time in four years. However, these are not the same teams that met two years ago.

The more significant difference between Clemson’s 2017 Championship team and this year’s version is at quarterback.  While Trevor Lawrence has been phenomenal for Clemson as a Freshman, his numbers are not close to what Deshaun Watson did in 2016.

Watson averaged over 300 yards passing in 2016 with 50 (41 passing, nine rushing) total touchdowns for Clemson. Lawrence is averaging just over 200 passing yards with 28 (27 passing, one rushing) total touchdowns. Clemson saw last year how vital Watson was in beating Alabama, as Clemson could only muster 188 total yards (compared to 511 and 550 yards in the two Championship games with Watson).

Clemson does apply a much more run-heavy approach this season but running the ball against Alabama is no easy feat. Alabama allows only 3.47 yards per rush and nine touchdowns in 14 games. It will take a balanced offensive attack, mixing in play action and RPO plays to keep Alabama’s defence on their heels and open up holes for the running backs.

Clemson is also dealing with player suspensions going into the game. The biggest name on the list is defensive lineman Dexter Lawrence. Lawrence was the key cog for Clemson’s second-ranked rush defence this season. The 6-4, 340lb machine, plugged holes all this season for Clemson, helping the rest of the defensive line wreak havoc in the backfield.

However, without Lawrence, the Clemson defence will have a much harder time generating pressure against the Crimson Tide.

Alabama allows around one quarterback sack per game.

They will need much more pressure on Tua (the Heisman Trophy runner-up) to have any chance at beating Alabama.

However, betting against Tua and his 41-4 TD-INT ratio this season has not been favourable for bettors and while he is not much more experienced than Trevor Lawrence, his appearance in last year’s National Championship game (with everything else) makes Alabama and the points the best bet on Monday.

Check out the best online sportsbooks below for all your betting needs on the 2019 NCAA National Championship game.