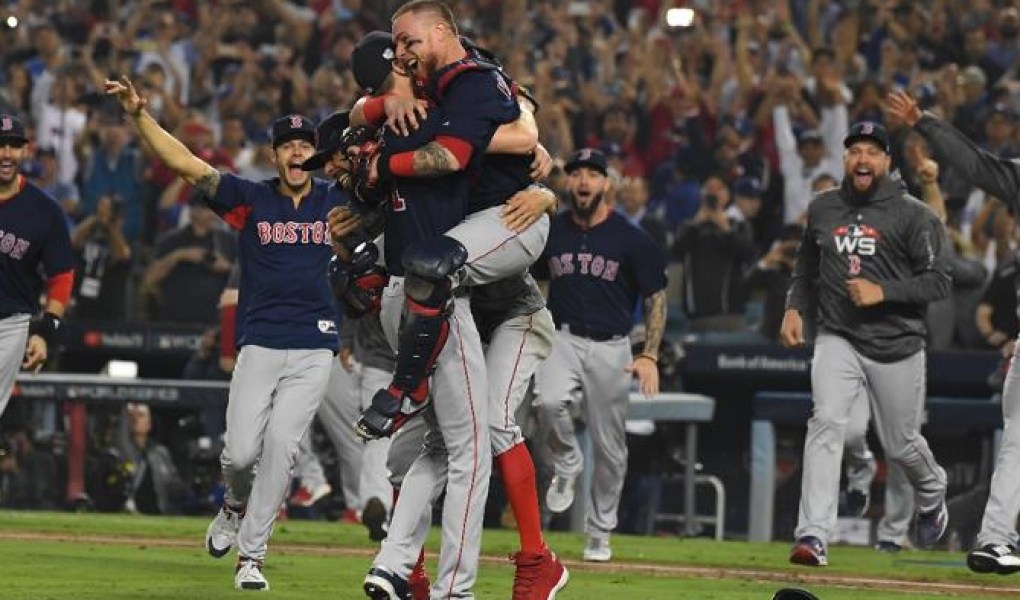 The climax to the 2018 MLB season was emphatic and saw the league's best two pitchers take centre stage. And while this year it was Chris Sale and the Boston Red Sox who took the crown ahead of Clayton Kershaw's LA Dodgers, you would have to be crazy not to think that Los Angeles aren't a huge chance of making it to the big dance once again in 2019.

Yet it's the Houston Astros that are the favourites at this early stage in spite of their convincing defeat to the Red Sox in the American League Championship Series. Here are all the early odds for the 2019 MLB World Series futures market.

2017 winners Houston are one of the teams to beat if the early odds are to be believed. The fact that they have made it to the ALCS in the last two seasons has not been lost on the pundits, and their sensational offence is a big chance of blasting their way to another title.

But the race for the championship is quite tight, and the +700 you will receive for the team from Texas indicates that there is no easy option in the market at this stage.

It's no surprise to see the Red Sox up there with the favourites, also priced at +700 to kick the market off. Yet if you go back through history it has been notoriously difficult for teams to go back to back in the modern era. Not since the Yankees won three straight at the end of the Millennium has a team managed to win consecutive titles, and so the odds are stacked against Boston in 2019.

You might argue that the Sox can buck this trend considering their sensational season and dominant playoff run, but winning twice in a row is the MLB one of modern sport's most difficult accomplishments.

If you want to ask anyone about winning consecutive titles, the LA Dodgers will tell you it's hard enough just to win one. In 2017, Los Angeles set all kinds of regular season records, yet couldn't get over the line against the Dodgers in what was perhaps the most entertaining World Series in the last two decades.

In 2018, they were again a standout performer in the National League after a slow start, but once again ran into an incredible team at the final hurdle.

The return of Cory Seager in 2019 will again make the Dodgers contenders, and given the way baseball ebbs and flows in the modern era this could be the west-coast team's last chance at the big one for a number of years (it took them almost 20 to make it back to the top).

Could it be third time lucky? They're certainly the standout pick from the NL but it will all come down to whether or not they can match it with the best from the American League.

It's not often you win 100 regular season games and don't top your division, but the American League East has always been difficult to win with both the Yankees and Red Sox always up there with the top teams.

2018 was the second-straight year that NY had finished behind their great rivals in the standings, and suffered defeat to Boston in the ALDS. But the Yankees have been building for a couple of years now, and there is a real sense that next year the tables will turn.

It's tough to pick a World Series winner from the AL considering you've got the Sox and Astros to think about, not to mention the ever-present Cleveland Indians, but for us the Yankees are a real shot for 2019.

Canada's team had a huge opportunity in 2016, although sadly it's back to the drawing board in 2019.

While they will have a fresh start with their new head coach, the truth is that they will find it very difficult to make it to the postseason with the Yankees and Red Sox peaking.

We can't see the Yankees having anything but a dominant season in 2019, so the Jays' only chance is for the Red Sox to completely go off the boil after winning the championship. This isn't unheard of, but pretty unlikely in this age of professionalism. The +7500 on offer for the Jays is a fair indication of their chances.

We're tipping the Jays to get back to a winning season, although that will be the most Toronto fans can hope for in 2019.

It's always hard to pick a futures winner this far out, but that's why you will see such great odds on the best teams. +700 and +800 for the top four chances make placing world series bets worthwhile.

On the other hand, it can sometimes pay to bide your time. The Dodgers were 16-26 at the start of 2018, and were around +2000 to win the World Series at that time. The fact that they made it to the the final week wasn't enough to see that bet pay, but it shows you how much odds can change (they started the season at +650).

What we're saying is that there is never a bad time to place a bet on the futures market - keep your eyes open for the best odds, which you'll always find right here.