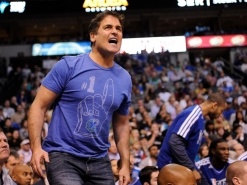 As Canadian alt-rock legends Sloan one sang, “it’s not the band I hate, it’s their fans.” This applies well to the NBA, which features several amazing franchises with fans who tend to be annoying, boastful or disrespectful beyond the etiquette of good taste - which is a bar set low for sports fandom in general. This list features the most hated fanbases in the National Basketball Association. [+]

For the 2016-17 season, the majority of the most despised fans cheer for eastern conference squads, while the west coast hate zeros in on California basketball fandom.

10 NBA Fanbases With The Least Chill

The Most Hated Fans In The NBA

For the most part, NBA fans tend to be pretty chill no matter which team they cheer on. All it really takes is a couple of bad apples for the entire bunch to be labelled sour, obscuring the knowledgeable and passionate fans who cheer without acting like jerks. Rational Raptors fans, for example, become annoyed with spectacular conspiracy theories concocted by the more unstable followers of The North.

Typically, when deciding which team to wager on for NBA matchups, removing as much emotion from the decision-making process as possible increases the accuracy of your predictions. Sure, as an Oklahoma City Thunder fanatic, you may despise the Dubs and their fans, but that doesn’t mean you should bet against Golden State unless four out of five starters spend the game on the bench.