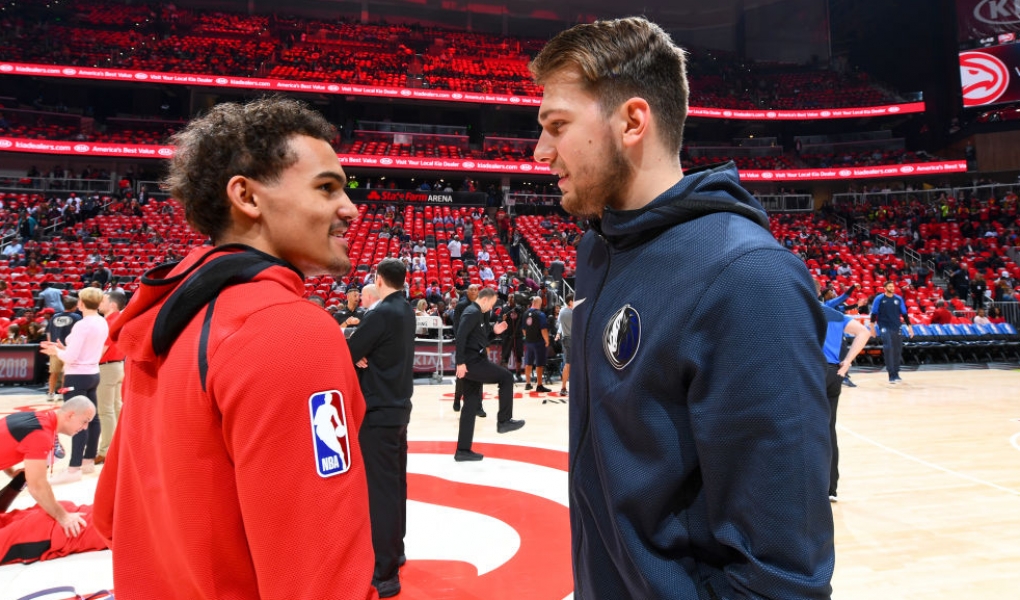 Since we are very close to the March Madness, it is a wise moment to review this season’s rookies, since NBA’s young players were playing in the NCAA teams last season. Please find below the NBA rookie of the year odds:

The only thing more predictable than the Golden State Warriors winning another NBA championship is the 2019 NBA rookie of the year odds. Slovenian wunderkind Luka Doncic has captivated the NBA world and despite the best efforts of DeAndre Ayton and Trae Young, he is a runaway favourite to capture the much-scrutinized prize.

As 2018-19 NBA season winds down, the NBA rookie of the year race is heating up despite most believing Dallas Mavericks forward Luka Doncic has the award wrapped up. But not so fast! Trae Young, the guy Doncic was traded for, has started to gain momentum as he continues to prove his naysayers wrong by leading the entertaining Atlanta Hawks. Other candidates include DeAndre Ayton and Jaren Jackson Jr.

The teenager has taken the NBA world by storm and has a game that already resembles a 10-year NBA veteran. Before the draft, he was already seriously hyped. And he still had sceptics. But no one is doubting him now with many even claiming he was snubbed for the NBA All-Star game.

But if it weren’t for Doncic’s otherworldly play, the award would’ve been a free-for-all. Next to Doncic, DeAndre Ayton of the Phoenix Suns and this year’s first-overall pick would’ve been the favourite to win. Memphis‘Jaren Jackson Jr. has also been impressive and of course, Trae Young of the Atlanta Hawks has come from behind to insert his name in the race.

Doncic - current NBA rookie of the year odds of -1200 – is as sure of a bet to win the award as the Warriors are in at least making the NBA Finals.

At just 19-years-old, Doncic is taking over NBA games. He leads all rookies in scoring (21.1 points) and is second in assists (5.6), and rebounds (7.3). Doncic has also put up three triple-doubles and came close to doing so several times.

But his numbers are not even half of what make him amazing. Doncic’s highlights include game-winners, posterizing dunks, and off-balance shots over tough NBA veterans. If you were to show Doncic’s highlights to the uninitiated, they would assume he’s an NBA All-Star playing the game for at least three seasons. And he can only get better.

Doncic won the Western Rookie of the Month four straight times and not even DeAndre Ayton or Jaren Jackson Jr. could hold a candle to what he’s done. As far as the rookie “race”, Doncic is ahead by a country mile. Bet the barn on him or don’t bet at all.

As this year’s top draft pick, Ayton has risen to the challenge. While he isn’t blowing everyone away like Doncic, he has quietly amassed a solid rookie campaign with averages of 16.5 points (3rd), 10.4 rebounds (1st), and is shooting a whopping 59.2% from the field. His odds to become the NBA rookie of the year 2019 are at +800.

Ayton has flashed his ability to dominate in the paint and it is a skill set that is becoming increasingly rare with today’s NBA. He is a peculiar case because most big men or even centers like him are expected to develop long-range shooting. But Ayton should continue honing his craft, especially on the defensive side.

While we don’t advise betting on Ayton, Suns fans can take solace that they have found their big man of the future.

DeAndre Ayton
Rookie of the Year
+800

Young was a dark horse to win this year’s award and while he won’t beat Doncic, he could finish second. The point man out of Oklahoma is heating up during the second half of the season and has captured three of the four Eastern Conference rookies of the month.

While struggling early, Young has brought up his stats to 18.3 points (2nd) and 7.7 assists (1st). His inconsistency is what will cost him the award, but when he gets hot, he is the best offensive rookie of the class. Young has Steph Curry range from three and is a spectacular passer. He might not be always efficient, but he is always entertaining.

If betting on Young, do so just for fun. He might just get some first place votes and finish as a finalist for the award. But he won’t win. Still, Young is definitely not the bust many thought he would be.

If the NBA was like the NFL and we had a defensive rookie of the year award, Jackson would be at the top of the list. The fourth-overall pick for Memphis has been a relevation on the defensive side of the ball. Jackson is more than just the “3-and-d” type that NBA scouts salivate over: he’s potentially explosive on both ends of the court.

Jackson is sitting out with an injury and may see his promising season cut short. But before he got hurt, he was averaging 13.8 points, 4.7 rebounds, and 1.4 blocks while shooting 50.6% from the field. With the departure of Marc Gasol, Jackson will be the team’s new franchise big man. And he has upside that could rival even Doncic.

For now, Memphis fans will have to be patient with Jackson as he recovers. He has no chance at winning the award and at this price, it’s best to just bet on Young as offense gets more noticed than defense. But keep an eye on Jackson as he could be this class’s underrated star of the future.

Picks and Odds to bet on the Rookie

The beauty of betting is you can find the right type of bookie for you depending on your interests. We compiled a list of the best online sportsbooks below and reviewed each. Find the right one for you before making a deposit. We recommend picking more than one book to avail of their signup offers and use whichever offers better lines.

When it comes to the NBA rookie of the year odds, it can be straightforward. You either drop a lot on heavy favourite Doncic or you take a flyer on Ayton or Young or someone else to pull off a monumental upset. But take note of how predictable the NBA has become over the years. It might be better to just lay the chalk on this.

Past NBA Rookie of the year winners