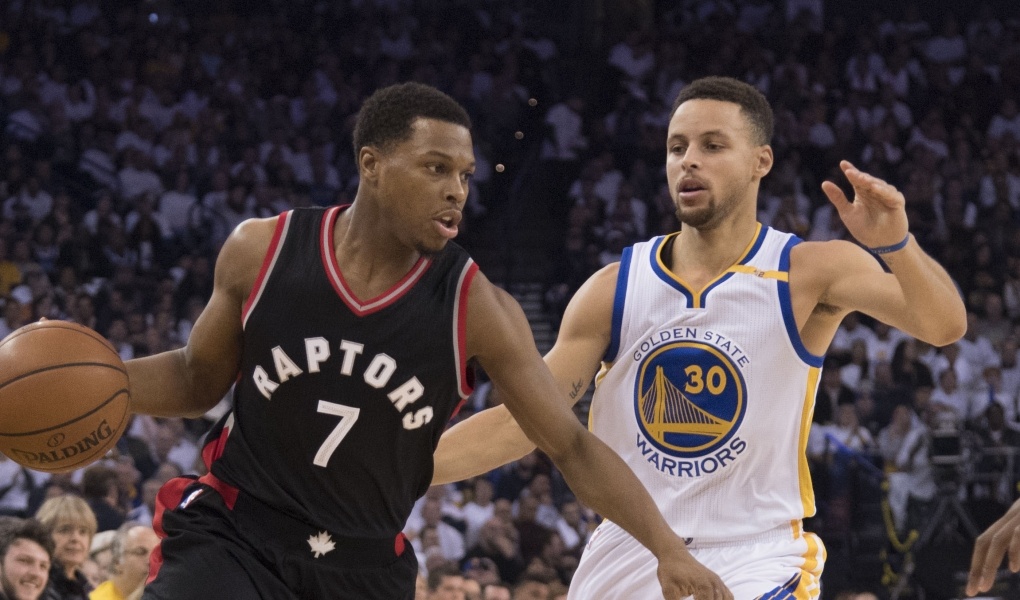 In an NBA offseason filled with monstrous moves, the Raptors made arguably the biggest when they shipped long-time franchise player DeMar DeRozan for Kawhi Leonard. This move sent a message to the rest of the NBA that the Raptors are going for it and they are firmly set as the second-best team in the Eastern Conference according to oddsmakers (courtesy of Sports Interaction).

Toronto is +290 to win the East – to make it to the NBA Finals as the Eastern representatives. They won 59 games last season and Leonard, if healthy, is a major improvement over DeRozan. The Raptors also acquired Danny Green, a 3-and-d player perfect for their system.

My Team's Next MatchToronto Raptors

Swapping DeRozan for Leonard combined with LeBron James’s departure from the East could mean the Raptors finally get over the hump. But in their way are a slew of other teams who are just as talented, if not more.

A healthier Celtics will challenge for the NBA title while the young Sixers are a year more experienced. And don’t discount Milwaukee from the equation. All these squads are viable contenders, but Toronto is Canada’s team. And while it’s not advisable to bet with your heart, taking a flyer on the Raptors at close to 3-1 odds is the way to go when it comes to a homer pick.

Here’s a closer look at the other Eastern teams who are the biggest threat to the Raptors’ NBA Finals hopes:

The Celtics won 55 games last season and were one win away from the NBA Finals despite suffering a myriad of injuries. Gordon Hayward was injured in the first game of the year and Kyrie Irving missed the last part of the season including the playoffs. In their place, Jayson Tatum and Jaylen Brown blossomed into legitimate stars proving Brad Stevens’s genius once again.

Boston didn’t make any significant additions save for drafting big man Robert Williams. But they return a year wiser and better and a full season with Hayward and Irving could push the Celtics into 60-win territory and an NBA Finals appearance despite improvements to the rest of the Eastern powers.

The Sixers arrived earlier than scheduled last season finishing on a hot streak to win 50+ games for the first time since 2001. Ben Simmons was a rookie phenom, Joel Embiid broke out and flashed his superstar prowess while several veterans like JJ Redick chipped in nicely. A second-round loss to the Celtics showed they were not quite there yet.

Just like the Celtics, the Sixers didn’t make many big additions this offseason. But unlike Boston, they lost several key players, especially off the bench. They will count on Simmons and Embiid maturing even more and taking their game to the next level. If they do, and Markelle Fultz bounces back from a nightmarish rookie season, they will improve upon last season’s finish.

Milwaukee has been a sexy pick to make noise in the East, but they have yet to realize their potential. Giannis Antetokounmpo is possibly the best player in the conference. Khris Middleton is an underrated 3-and-D swingman. And Malcolm Brogdon and Eric Bledsoe are two potent players from the backcourt. Most notably, they bolstered their lineup with several offseason signings.

Mike Budenholzer is another big upgrade for the Bucks. The former Coach of the Year will make the most of the multi-skilled players on the team. The Bucks are a dark horse to win 50 games and winning the conference isn’t crazy as Budenholzer coached a Hawks team with no true superstar to 60 wins. The Bucks already have Giannis.

Watch out for Milwaukee.

While the Eastern Conference is a race between a handful of teams, the Western Conference is another story. Golden State has first place locked up barring another injury-plagued season like last year. Houston, last year’s conference champions, got worse during the offseason while Oklahoma City and Utah are distant runner-ups at best.

While unlikely, it’s still possible for the other contenders to upset Golden State. With plenty of roster shuffling this offseason, here are the oddsmaker’s favourites to win the West outside Golden State:

Houston added more offence with Carmelo Anthony but lost defence parting ways with Trevor Ariza and Luc Mbah a Moute. They managed to get rid of Ryan Anderson and added Marquese Chriss so they aren’t significantly worse. They almost beat Golden State last season and would love to finish the job this year.

And just like that, the Lakers are back as Western contenders. LeBron James single-handedly carried the Cavaliers to the NBA Finals and he could do the same for the Lakers. It might seem crazy, but at 33 he is still the best basketball player and could bring out the best in young guns like Kyle Kuzma and Brandon Ingram.

Basketball is big in Canada, not just the Raptors. Fans may not be as numerous as hockey fans but they are so passionate they get involved in the betting lines. They turn to these online sportsbooks, which are the best sites for Canadians.