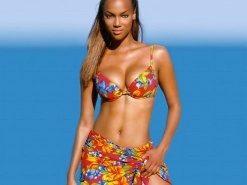 Webber was a five-time NBA All-Star, the rookie of the year in 1993 and has his jersey retired by the Kings but that pales in comparison to Banks who is a supermodel-turned internationally-renowned television personality and producer. Banks parlayed a modeling career, where she became the first black model to appear on the covers of GQ and Sports Illustrated and was a Victoria's Secret Angel until her retirement.

Webber had a Hall of Fame-worthy career and was the centerpiece during the Sacramento Kings' golden years where they were this close to making the NBA Finals for the first time in franchise history. On the flipside, his first and final years were with the Golden State Warriors who have now risen to becoming one of the NBA's most prolific teams of all time. As the season rounds out to form, the Kings are one of a few underrated teams and could be a reliable underdog for bettors to depend on.

They say NBA basketball is predictable but each season there is always a surprise team or two. And during the playoffs, there are disappointments like the Warriors were when they became the first team in NBA Finals history to lose a 3-1 series lead. But it got them Kevin Durant. Maybe it was just a bump in the road for the superteam but every time they fall is big money for those who bet against them for the top online sportsbooks like SportsInteraction, many of who offer signup bonuses of up to $200 in cash value. Heading to 2017, the Kings could be playoff warriors and the Warriors, playoff kings.