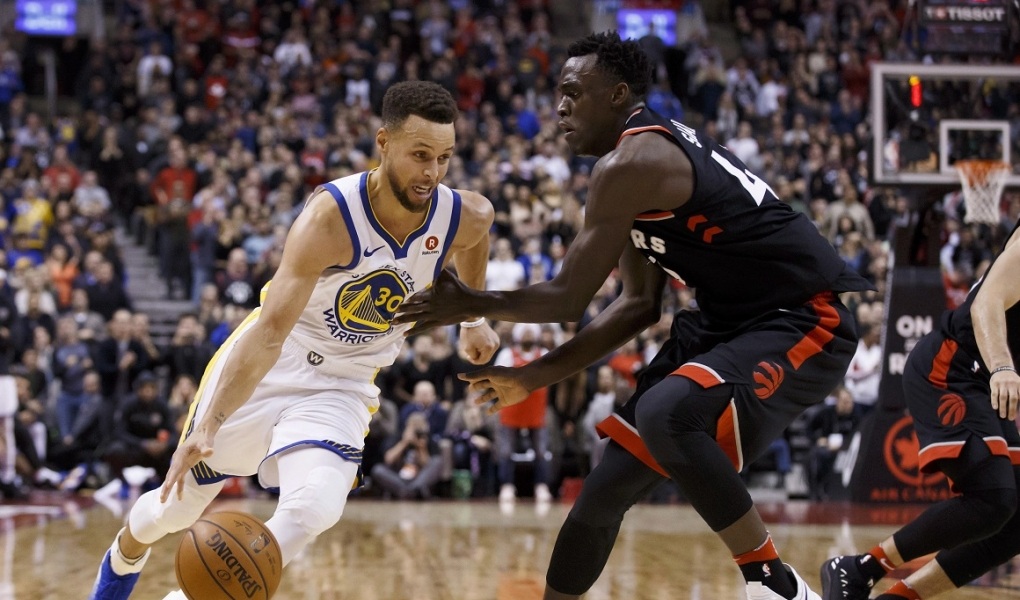 This is most true with the NBA, the sport that has the most scoring and is thus the most specific. But fear not. There are still plenty of ways to win.We look at a few key tips so you can “beat the spread.”

What is the Point Spread?

The pointspread is arguably the most popular form of betting. It was created as an alternative to the “moneyline” so players can have a 50/50 chance at either the favourite or underdog.

In order for both the favourite and underdog to be at similar odds, a points handicap is assigned and it manifests as either a minus or a plus.

In the event of a whole number spread, a “push” can happen. This is when the team wins or loses by exactly the same amount as the spread. Think of it like a draw.

How to Beat the Spread:

The pointspread is a staple in NBA betting. It might be simple to understand, but it’s tough to beat. Before attempting to beat the spread, take these tips into account:

Through our NBA Power Rankings page, you can more easily predict a larger or smaller point spread.

This is one of the fundamentals to point spread betting and yet so many bettors somehow skip this step. A team’s ATS record is like their resume. If you were hiring someone to do a job, you’d want to make sure they were not just capable of doing the job, but they were good at it too.

The ATS record isn’t just indicative of how well a team performs relative to expectation, but how well oddsmakers and the public know them. There are many reasons why a team has a bad or good ATS record:

Popularity: not all teams are equal in terms of the action they receive; big teams like the Lakers and Warriors get plenty of money while lesser teams like the Hornets and Kings tend to get ignored. The public’s perception of teams is also closely tied to how popular they are.

Because most bettors are fans, they bet with their emotions. This is why several popular teams can struggle at the point spread because of fans who bet their spreads up while smaller teams can continue to defy the odds as most casual bettors ignore them.

Luck: sometimes luck can just mess everything up for bettors; a bad team can catch a hot streak and overperform or a good team can deal with injuries and underperform.

Find the Right Stats and Study Them

Once you’ve understood a team’s ATS record, the next step is to look for key metrics that are directly tied to the team or the game. Finding information shouldn’t be difficult. But picking which ones to study can be tricky.

Here are examples of the expert stats that you will come across:

Each of these stats tells a different story and some may not even be relevant at all to the game. Take the third stat for instance.

Toronto is unbeaten at home against Dallas in their last four. If we went just by face value, Toronto should easily beat Dallas at home then. But on closer inspection, these four games all took place once a year dating as far back as four years ago.

Yikes. All of a sudden that stat doesn’t seem so relevant now as Toronto and Dallas are entirely different teams now than they were last season or four seasons ago.

The first stat also doesn’t look promising as Toronto is 50-50 at covering the spread. But upon closer inspection, three of these games took place on the road and four were against winning teams. Now, 2-2-1 doesn’t look so bad.

These are just examples of how you can approach the expert stats that will be provided for you.

Doing your own research and using a combination of betting stats and advanced NBA metrics will yield the best results.

Don’t put all your eggs in one basket. It’s best to have more than one betting site to take advantage of the different lines offered. While most sportsbooks use the same pointspread, not everyone gets the same kind of action.

If your main book’s point spread has already been bet up to a number you can’t back, find alternative ones where the spread hasn’t increased as much. The difference won’t be as significant. Maybe one or half a point at most. But this makes a world of difference.

Let’s look at this example:

If you’re betting Boston, you should bet with Book A. If Boston loses by exactly won points, it’s a push for book B and you don’t win anything. But with Book A, your bet cashes.

It’s only half a point, but sometimes that is all it takes between winning a bet or not, especially with how precise the pointspreads have been.

Using multiple betting sites also allows you to use the sign-up offers each book has.

Be sure to compare the point spreads across different books before placing a bet. This way, you know you are getting the best value for your wager.