Conn Smythe Trophy Odds - Who will be the NHL Playoffs MVP? 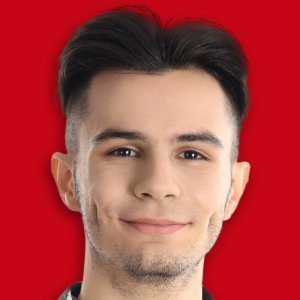 The NHL Season 2018 – 2019 is in its final stretch and the Conn Smythe Trophy Odds race is heating up.

Each year, it’s given to the Most Valuable Player of the Stanley Cup. And this year, there are multiple guys already in contention to take home the hardware. Before we jump into that, let’s take a look at some of the previous winners:

Will Tuukka Rask be the Playoffs MVP?

Looking ahead to this postseason, the heavy favorite to be the Playoffs MVP according to Sportsinteraction.com is Tuukka Rask (picture). The veteran Boston Bruins goalie has the top odds at 1.87.

He’s had a brilliant year thus far, and he and his teammates are looking to end it with the Stanley Cup. For Rask, though, closing out the year with the Conn Smythe Trophy would be adding icing to the cake.

The 32-year-old Finnish goaltender has been downright amazing this postseason. He is 12-5, with a mind-boggling .942 save percentage. Arguably even more impressive, through the three series, he has a 1.84 goals against average.

The man is a brick wall in between the posts, which is something opposing teams have quickly learned.

Rask has already won a Stanley Cup with the Bruins, doing so back in 2011. Should he add a second championship to his resume, no one would be able to argue he’s among the best goalies to ever hit the ice and a great selection to be the Playoffs MVP.

The Boston superstar of course isn’t the only MVP candidate ahead of the St. Louis-Boston showdown. In addition to Rask, Jordan Binnington, Jaden Schwartz and Brad Marchand are also in contention for the Conn Smythe Trophy which is awarded every year to the best player of the NHL Playoffs.

Binnington has had a rookie season to remember, proving to be a standout goaltender at just 25 years old. He holds 4.45 odds and will be a key factor in this series for the Blues.

Could Jaden Schwartz be the Playoffs MVP?

His teammate Schwartz has been a goal-scoring machine for St. Louis.

11 goals during the regular season, 12 already during the playoffs for Jaden Schwartz. #StanleyCup

The Canadian has 12 goals to his name this postseason, with a pair of hat tricks. His odds to be the Playoffs MVP stand at 4.85.

Brad Marchand is getting relevant in the Playoffs MVP debate

Last and not least is Marchand. Similarly to Rask, Marchand has been a key veteran for the Bruins throughout the year and especially during the playoffs.

He has seven goals in 17 postseason games for the Bruins, plus 11 assists for his 18 points. He’s at 6.10 to capture MVP honors.