NHL Rookie of the Year Odds

The odds to win the Calder Memorial Trophy for 2021 aren't yet available. Be aware, that the odds are subject to change, and as such we will update this page when we see movements in the market. The odds were last updated on March 10, 2021:

First presented following the 1932-33 season, the Calder Memorial Trophy goes annually to the NHL's top rookie. In the NHL betting odds, the Calder Trophy can prove to be very lucrative. The unproven quality of each season's crop of the first-year talent often turns who will be the NHL rookie of the year into a wide-open race.

Often, a player who isn't on the radar in the NHL Rookie of the Year odds at the start of the season will end up winning the award. Such was the case in 1992-93 when Teemu Selanne won the Calder after posting record 76-76-132 totals.

Who's The Favorite To Be The Rookie Of The Year Now? 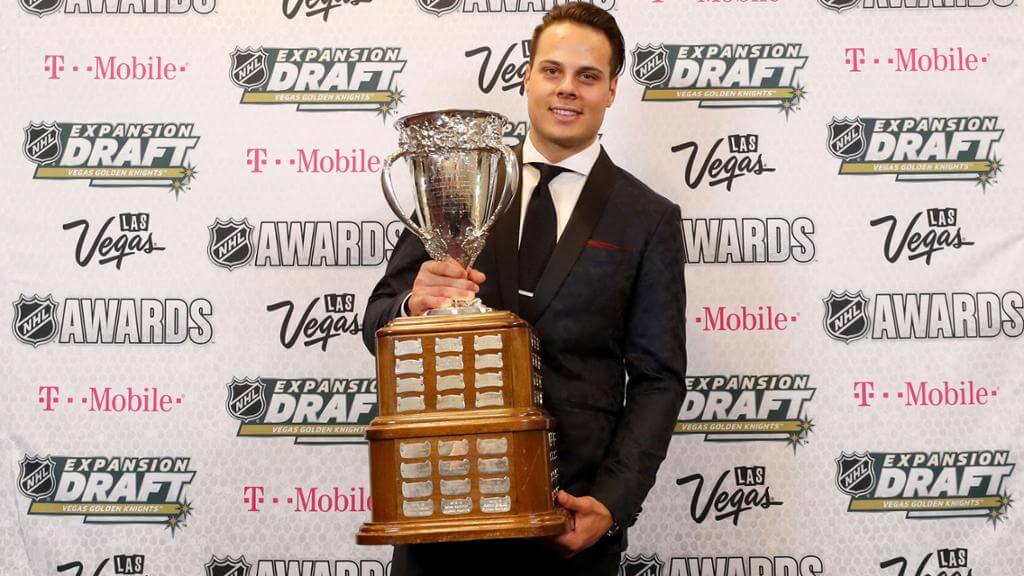 When seeking out the best rookie in the NHL, a bettor will be required to analyze a deep list of prospects. While awards like the Hart for the MVP or the Vezina for top netminder generally narrow down to a shortlist rather quickly into the season, that's not the case with the Calder Trophy.

Due to their inexperience at the NHL level, a player's rookie season will tend to ebb and flow.

Similarly, the odds on the Calder contenders will also frequently change. Recognizing when a player is about to trend upwardly and thus, cause his NHL Rookie of the Year odds to shorten, is a key to successful Calder Trophy betting.

Predictions At The Start Of The 2021 NHL Season

It's always difficult to know who'll win the Calder Trophy each year, as there are normally so many great candidates. This year, it's Kirill Kaprizov who leads the charge in the eyes of the bookmakers at 3.00. The young Russian has impressed throughout his professional playing career, but will now have to prove it on the big stage.

Following soon after that is the 25-year old Rangers goaltender Igor Shesterkin, who was selected in the fourth round of the NHL Draft back in 2014. The NHL Rookie of the Year odds has Shesterkin at 6.00 to win it, alongside Canadian hopeful Alexis Lafreniere also at 6.00.

While the young Canadian hasn't made the impact many thought he would this season, it's not something to worry about as he's only 19-years old and has a long way to go yet. While the odds may reflect this, the season is long and a lot can change quickly.

Follow the evolving Calder Trophy odds all season long at any of our partner sportsbooks in order to assess who among these first-year performers will be the best player among the NHL rookies.

Why Is The NHL Rookie Of The Year Trophy Called The Calder Trophy?

When it was introduced to the NHL at the start of the 1932-33 season, the trophy for the NHL rookie of the year was known simply as the NHL Rookie Award. Carl Voss of the Detroit Red Wings was the first winner. In 1936, the award was renamed the Frank Calder Trophy after the President of the NHL.

Calder purchased the trophy himself for each winner until his death in 1943. Red Dutton, Calder's successor as NHL President, rechristened the award the Calder Memorial Trophy.