Saputo Stadium or known in Montreal as the Stade Saputo is located at Olympic Park and specifically made for soccer. It opened in 2008 and hosts the Montreal Impact. It was built on the former practice track and field site on the grounds of the 1976 Summer Olympics, while it also has a view of Olympic Stadium’s inclined tower from the west side. It’s the second-largest soccer-specific stadium in Canada.

BMO Field may be bigger than Saputo Stadium but the grass is better here Canada men’s national soccer team reportedly preferred playing here for is natural grass playing surface and BMO Field followed suit by applying a heated and fully irrigated natural grass field. With the stadium there are 36 corporate boxes, a giant scoreboard and magnificent view of the Olympic Tower. 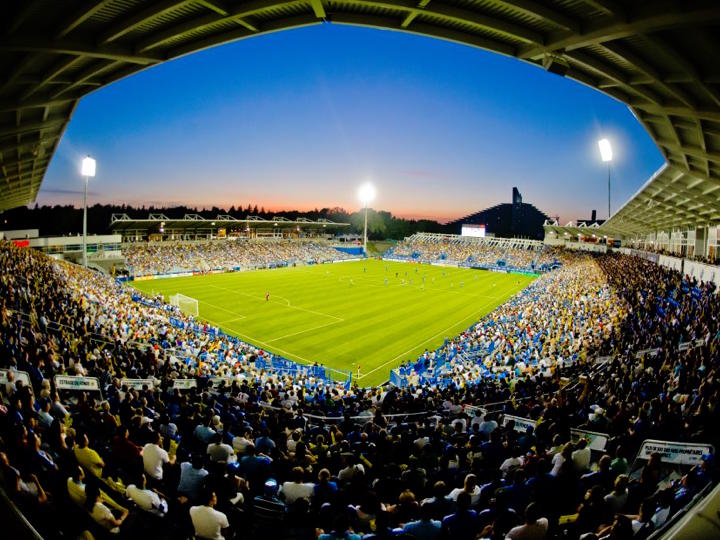 The Montreal Impact or the Impact de Montreal in French is Canada’s third MLS expansion club debuting in 2012 replacing the same team of the North American Soccer League (NASL). In 2015, they becam the first Canadian club and second MLS club to advance to the CONCACAF Champions League final in its new format. In its brief existence, the Impact have already made several playoff appearances with deep runs. They have the best winning percentage among the Canadian teams.

Montreal has an abundance of hotels and many will be within a few kilometers from the stadium. The Hotel Universel Montreal is right by the stadium and has free parking. It’s also one block away from the subway and has comfortable beds. The Royal Versailles Hotel has good value with friendly staff and a good location. The rooms are big and the bathrooms are tidy.

A bit further away and pricier, the Hotel Dauphin Montreal is for those looking for the deluxe experience. It’s clean, minimalist and has inviting decor. Better yet, it has a giant HD TV and an iMac computer in every room.