Always run on the first Friday in May - or the day before the Kentucky Derby - the Grade 1 Kentucky Oaks is one of the signature races at the famed Churchill Downs track in Louisville, Kentucky, and arguably the most notable race in the country for three-year-old fillies. Each year, the event attracts a crowd nearly equal that of the Kentucky Derby and is broadcast on national television. Kentucky Oaks odds aren't yet available as the event is way down the line.

Like the Derby, the Oaks was inaugurated in 1875 and has been run every year thereafter without interruption. The Oaks is run at the mile and one-eighth distance and carries a purse of $1,250,000. It also goes by the moniker "Lillies for the Fillies" due to the fact that the winning filly will be draped with a garland of lilies. 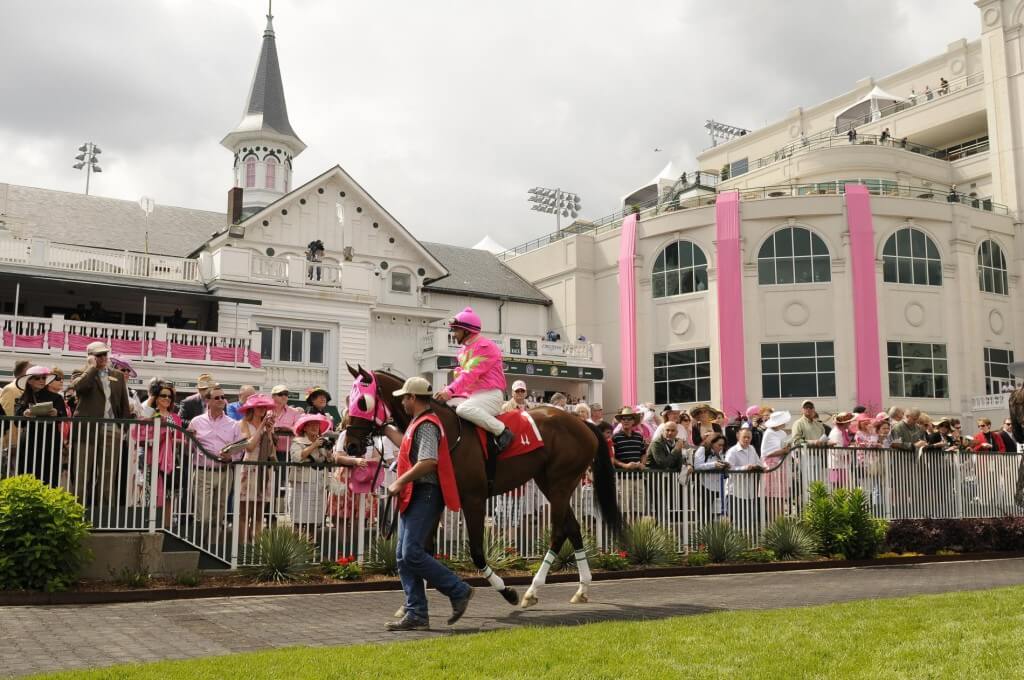 Here are the latest Kentucky Oaks Future odds, but we don't know the horses that are expected to run as yet. We cannot confirm at this stage who will definitely run. The 2020 Kentucky Oaks is due to take place on Friday, April 30, 2021.  Updated on September 8, 2020:

A big betting day is that much more enjoyable when players find the right online racebook. In addition to the ease and convenience of betting from a laptop or mobile device, the best online racebooks offer generous bonuses, rebates, and loyalty programs that increase profitability. Take a look at these trusted, secure racebooks for all your Kentucky Oaks action. They can also offer valuable Kentucky Oaks predictions.

The field for the 2020 Kentucky Oaks, with trainers and jockeys, is as follows:

Post positions for the 2020 Kentucky Oaks will be drawn on September 1. 11 fillies are expected.

As the featured event of the day, the Kentucky Oaks usually signifies the final leg of multirace exotic bets such as the Pick 4 and Pick 6. In addition, the Oaks features the full array of conventional and exotic bets with large pools generated from the heavy volume of wagering interest from around North America.

A prelude to one of the biggest racing days of the year, the Kentucky Oaks is a gargantuan event in its own right. From massive on-track crowds to massive wagering pools, the Oaks gives players a chance to play at the highest level for the highest prizes. Past Kentucky Oaks winners include some of the very best fillies to ever grace the track from Rachel Alexandra (2009) to Rags to Riches (2007) to Wistful (1949). The Kentucky Oaks has evolved into an event that nearly rivals the Kentucky Derby in terms of anticipation and excitement.

As the track does with the Derby, Churchill Downs offers "future" bets on possible Oaks in the winter months leading up to the race.

The mile and an eighth distance of the Kentucky Oaks is often limiting for many three-year-old fillies. Thus, a Kentucky Oaks handicapper beginning a careful analysis of the Kentucky Oaks contenders is well-served to focus on the issue stamina. Unlike the Kentucky Derby, horses based on the West Coast have not fared as well in the Oaks in recent years. Since 2000, only four winners hailed from a California-based barn. East coast-based trainers Larry Jones and Todd Pletcher have each captured the Oaks three times in that span, with Steve Asmussen winning twice.

Make sure to study the field for your 2020 Kentucky Oaks picks.

Recent Oaks winners have gone on to prove themselves as historically brilliant fillies. Rachel Alexandra's tour de force in 2009 was the filly's coming out party as an elite talent. The Hal Wiggins trainee romped by a jaw-dropping 20 1/4-lengths while being guided to the wire by Calvin Borel in a canter. The superstar filly was sold privately following the race with Steve Asmussen taking over the training duties.

Rachel Alexandra would defeat Kentucky Derby winner Mine That Bird in the Preakness in her next start, making her the first filly to win that race in 85 years. Later in her three-year-old season, Rachel Alexandra would become the first filly or mare to win the Grade 1 Woodward Stakes - a race for older males. She was named the 2009 Horse of the Year.

More recently, at the 2019 Kentucky Oaks at Churchill Downs, the race was won by Serengeti Empress with a time of 1:50.17. Serengeti Empress took the lead early on and never looked back, running an excellent race under Jockey Jose Ortiz. She was closely followed by Liora and Lady Apple.

Monomoy Girl, who won in 2018, has gone on to be one of the great fillies of her generation, and is still running in Grade 1 races in 2020 and will actually race on the Kentucky Oaks card on September 4 at Churchill Downs. Her battle with Wonder Gadot in the stretch of the Kentucky Oaks will be remembered for a long time.

The last five Kentucky Oaks winners and their payouts are:

The Kentucky Oaks was first run in 1875 as a sister race to the inaugural Kentucky Derby and also as an American version of the Epsom Oaks in England. That race is considered the ultimate race for sophomore fillies in the world. Now, the Kentucky Oaks generally has more attendance than any races in the country save for the Kentucky Derby and Preakness Stakes. It even draws more of a crowd than the Breeders' Cup or Belmont Stakes.

The most wins by a trainer are Woody Stephens with five. Two jockeys have won the race four times each: Eddie Arcaro and Manuel Ycaza. Calumet Farm has the most wins as an owner with six. Jockey Rosie Napravnik is the only female rider to win it; she did so twice. Trainer D. Wayne Lukas has won the Oaks four times, and trainers Bob Baffert, Todd Pletcher, and Larry Jones have won it three times each.

The longest shot to ever win the Kentucky Oaks was Lemons Forever in 2006. 2007 winner Rags to Riches came right back to win the Belmont Stakes (G1) over males, including Horse of the Year Curlin.

The Kentucky Oaks often goes to a filly with some speed, who can either control the pace or sit just off of it and make a run. There have been fillies who win from well off the leaders, but not as often. The average Kentucky Oaks payout is around $20 for a $2 bet. Keeneland and the Fair Grounds produce the most winners of the Kentucky Oaks in the last decade, followed by Santa Anita.

Qualifying for the Kentucky Oaks is done by gaining points in certain races throughout the spring. Every winter, Churchill Downs puts out the list of qualifying races around the country, and how much each race is worth. For example, races like the Santa Anita Oaks are worth 100 points to the winner, guaranteeing a spot in the Oaks.