One of the most recognizable names in professional golf, Justin Rose has been a regular on the PGA Tour since 2007. He has 10 PGA tour wins including one major, the 2013 US Open. He has been a mainstay at the top of the Official World Golf Rankings and won the 2018 FedEx Cup netting $10 Million USD. The odds were last updated on April 21, 2022:

One of the most recognizable names in professional golf, Justin Rose has been a regular on the PGA Tour since 2007 and you can always bet on his golf odds.

Justin Rose’s Odds to win any tournament he enters will usually be near the top of the board. Rose is currently the number three golfer on the planet according to the Official World Golf Ranking (OWGR). 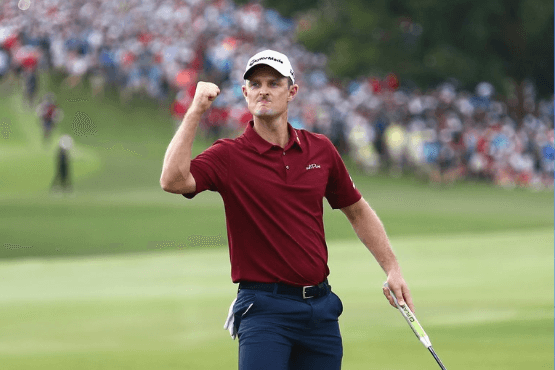 What are Justin Rose's next competitions

Justin Rose ended 2018 Number two in the OWGR and maintained that spot up until the PGA Championship when Dustin Johnson leapfrogged him into second place. Rose won the Farmers Insurance Open in 2019, but other than didn't manage to win another event.

He'll finish 2020 and go into 2021 looking to improve on a disappointing year. He's not seen much success so far in 2020, but it's early in the year and all to play for in the coming months.

Justin Rose's early odds to win US Open opened at 17.00. It took place from June 13 to 16, 2019, at legendary Pebble Beach in California. Rose won the 2013 U.S. Open at Merion Golf Club when he held off Jason Day and Phil Mickelson to clinch the title. Rose tied for 3rd as Gary Woodland won the 2019 tournament.

So far, however, in 2020, Rose has underperformed in tournaments. But with almost all the majors still to play for, there's plenty of time to make amends.

That being said he won the Farmers Insurance Open in January and came 3rd just a couple of weeks ago at the Wells Fargo Championship, an event that runs concurrently with the Volvo China Open.

One wonders how many tune-up events Rose will opt for between now and the US Open. As 2020 approaches, we look back on the 4 majors and 17 events in total Justin competed in.

Still, Rose ranks 170th in the FedEx Cup standings way down in the rankings, after not winning any majors throughout the year.

One of his toughest opponents in these tournaments is Jason Day. We dedicated a full page on Jason Day's odds.

Odds to Win the Next Majors

These are top golf betting sportsbooks - Pick the best one for you:

WHO IS JUSTIN ROSE

Who is Justin Rose’s caddy

Who is Justin Rose married to

How much does Justin Rose make

When did Justin Rose win the Masters

Justin Rose is still yet to win the Masters and earn the coveted Green Jacket. He has come close on several occasions finishing 5th in 2007 and coming 2nd twice in 2015 and 2017

Justin Rose's early odds to win US Open, open at 41.00. He has 15 top ten finishes in majors in his career, 9 of them placing in the top five.